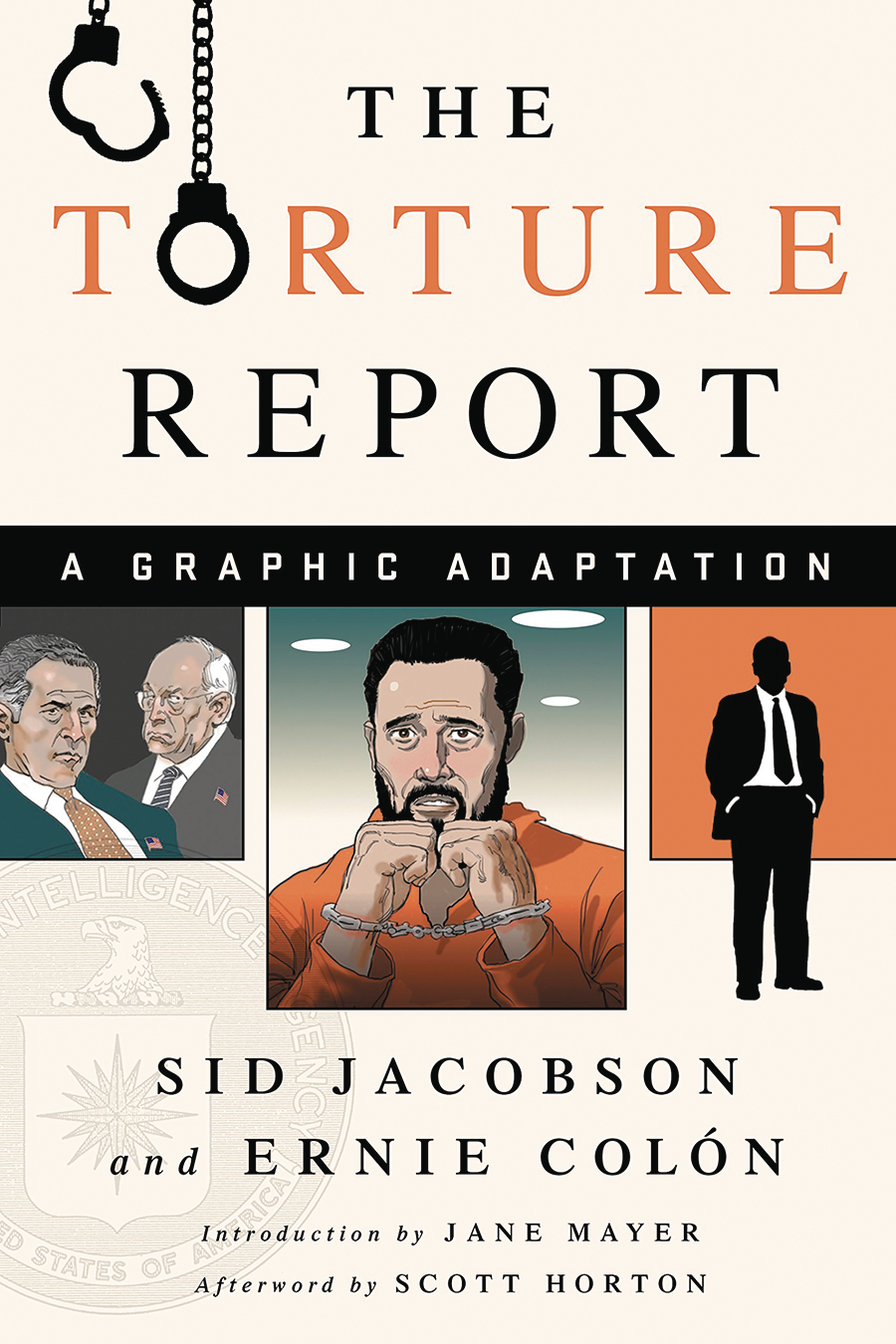 JAN172328
(W) Sid Jacobson (A/CA) Ernie Col?n
On December 9, 2014, the Senate Intelligence Committee released a report that strongly condemned the CIA for its secret and brutal use of torture in the treatment of prisoners during the George W. Bush administration. Using their graphic storytelling method, Sid Jacobson and Ernie Col n have summarized, illustrated, and made accessible that report. Jacobson's text highlights the key lessons learned from the report while Col n's talent as an illustrator adds power and poignancy to the facts, infusing them with a sense of immediacy and humanity that is unforgettable.
In Shops: Mar 22, 2017
SRP: $16.99
ORDER WISH LIST