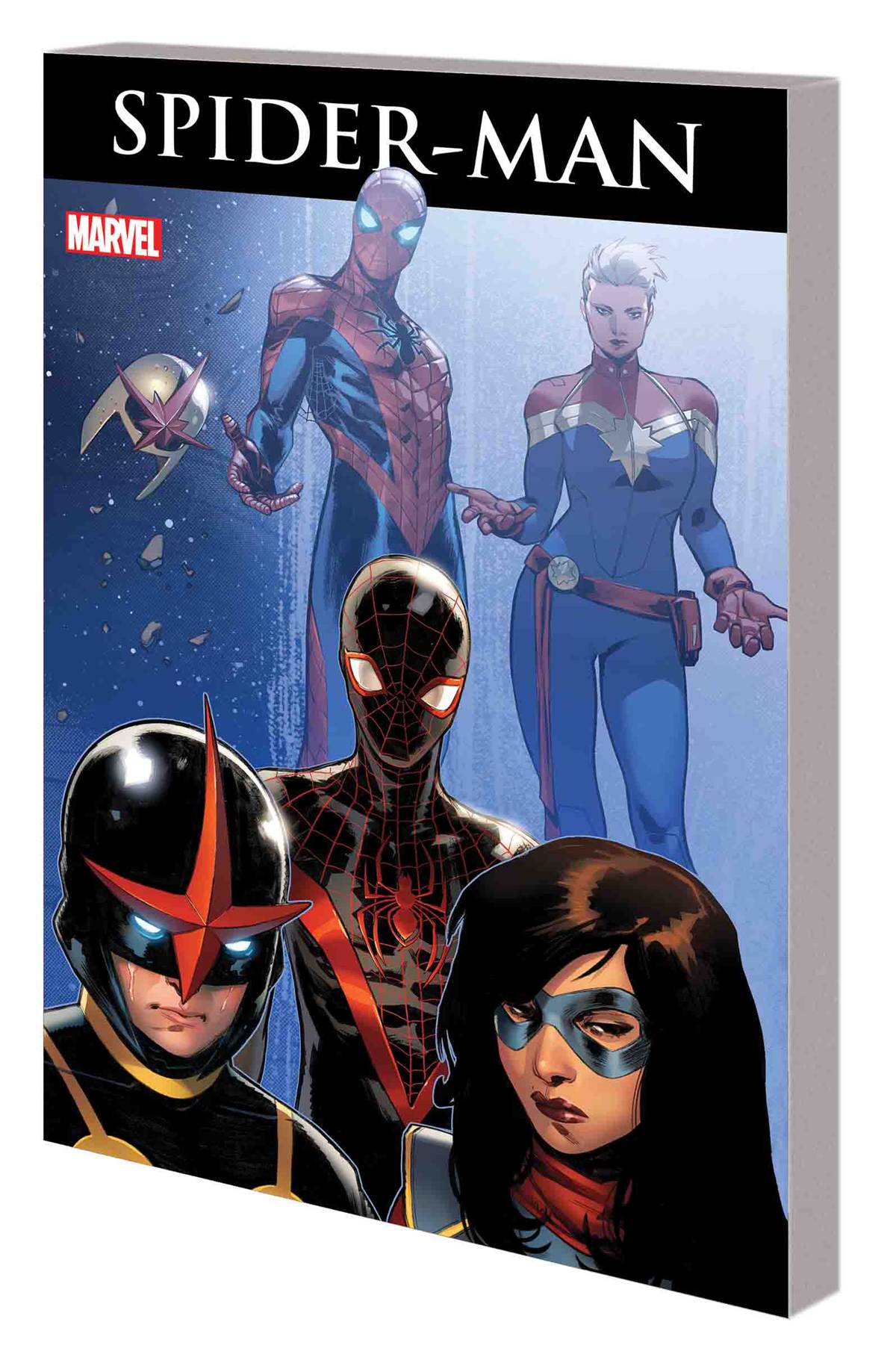 #
JAN171116
(W) Brian Michael Bendis (A) Nico Leon (A/CA) Sara Pichelli
Miles Morales has only been in the Marvel Universe a short time, and now he's in the middle of a war! But as Marvel's heroes are torn apart by CIVIL WAR II, which side will Miles choose? Or can he and his Avengers friends Nova and Ms. Marvel find their own way? Things really get complicated when the future-seeing Inhuman Ulysses has a vision that puts Miles at the top of the most-wanted list! What terrible prediction could change the way the world looks at this young Spider-Man? Miles becomes a target, fighting to survive. Does he have any hope of escaping his pursuers - or his fate? Plus: Discover the untold history of Miles' father! What was life like for Jefferson Davis before his son was born - back when he was an agent of S.H.I.E.L.D.?! Collecting SPIDER-MAN (2016) #6-11.
Rated T+
In Shops: Mar 29, 2017
SRP: $17.99
View All Items In This Series
ORDER WISH LIST