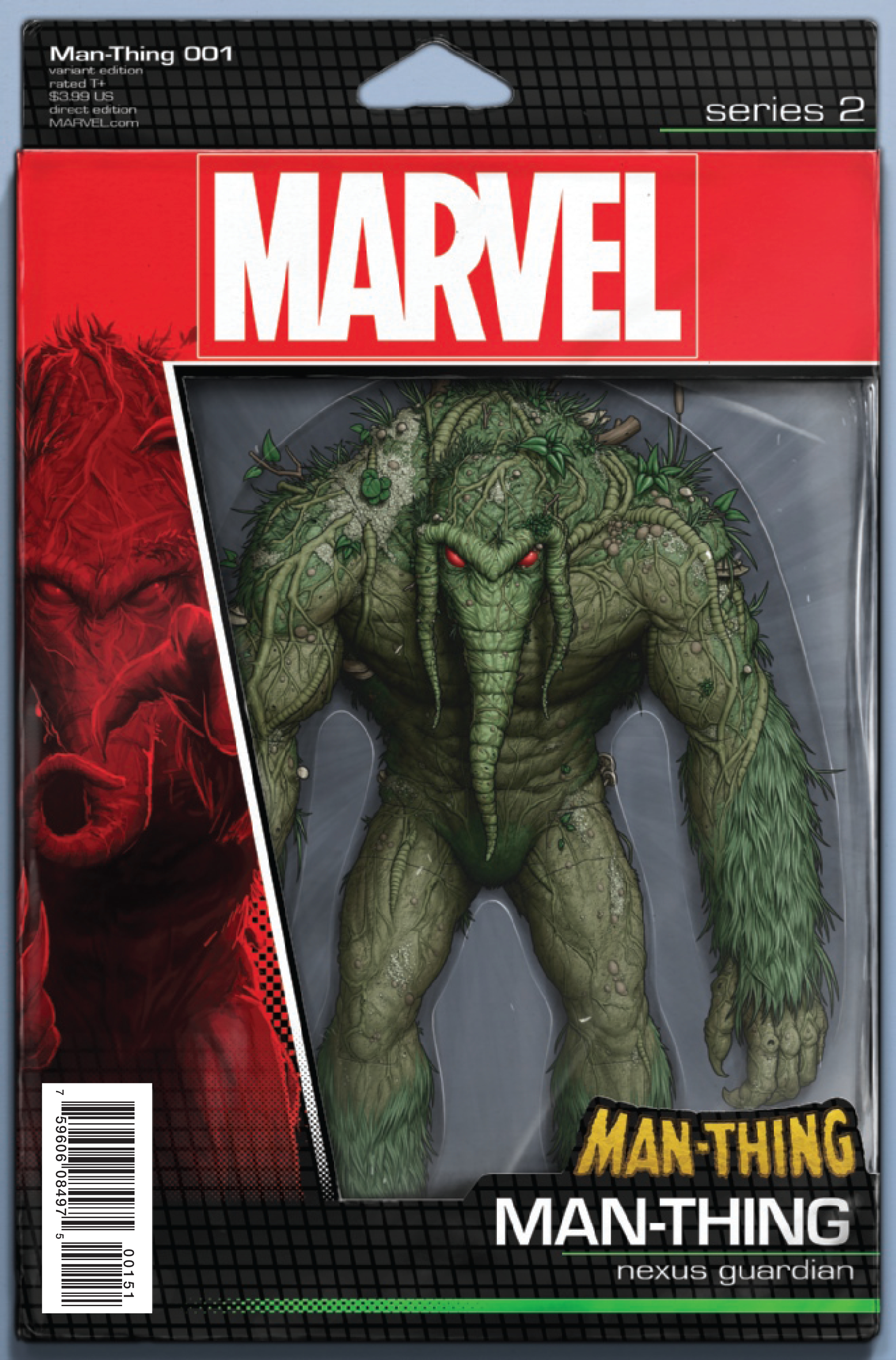 JAN170936
(W) R. L. Stine (A) German Peralta, Daniel Johnson (CA) John Tyler Christopher
MARVEL WELCOMES R.L. STINE!
Beloved writer R.L. STINE (Goosebumps, Fear Street) brings his special brand of horror to MAN-THING!
After working for years, MAN-THING has regained his ability to speak and has taken Hollywood by storm...But when an ancient and mysterious danger threatens the swamp, Man-Thing is going to have to choose between his new life and celebrity, and the world he used to call home...
PLUS! A bone-chilling new horror story, written by the master himself, R.L. STINE, and illustrated by the incomparable Daniel Warren Johnson!
Parental Advisory
In Shops: Mar 08, 2017
SRP: $3.99
View All Items In This Series