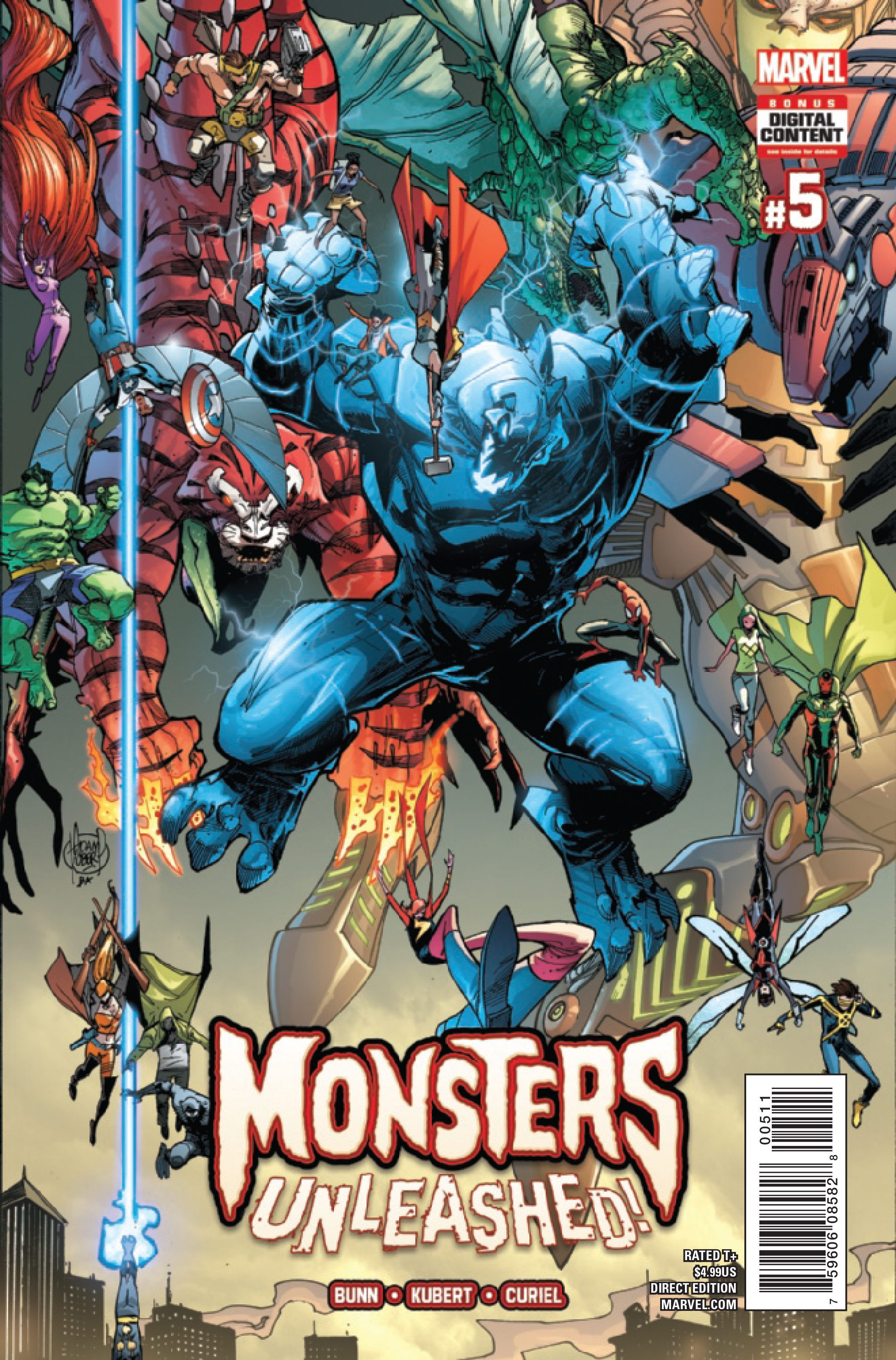 JAN170914
(W) Cullen Bunn (A/CA) Adam Kubert
THE FINAL CHAPTER!
•  Up against odds that have never seemed so dire, Marvel heroes like CAPTAIN AMERICA, SPIDER-MAN and MEDUSA will have to lean on their newest and youngest ally to save the day.
•  But what is imagination worth up against several tons of teeth, claws and rage? Well, one LEVIATHON is about to find out. KID KAIJU will have to dig deep into his newfound powers if he wants to save the day - and the Earth with it!
•  The final chapter in an epic story that you won't want to miss, as drawn by comics legend, ADAM KUBERT.
Rated T+
In Shops: Mar 15, 2017
SRP: $4.99
View All Items In This Series