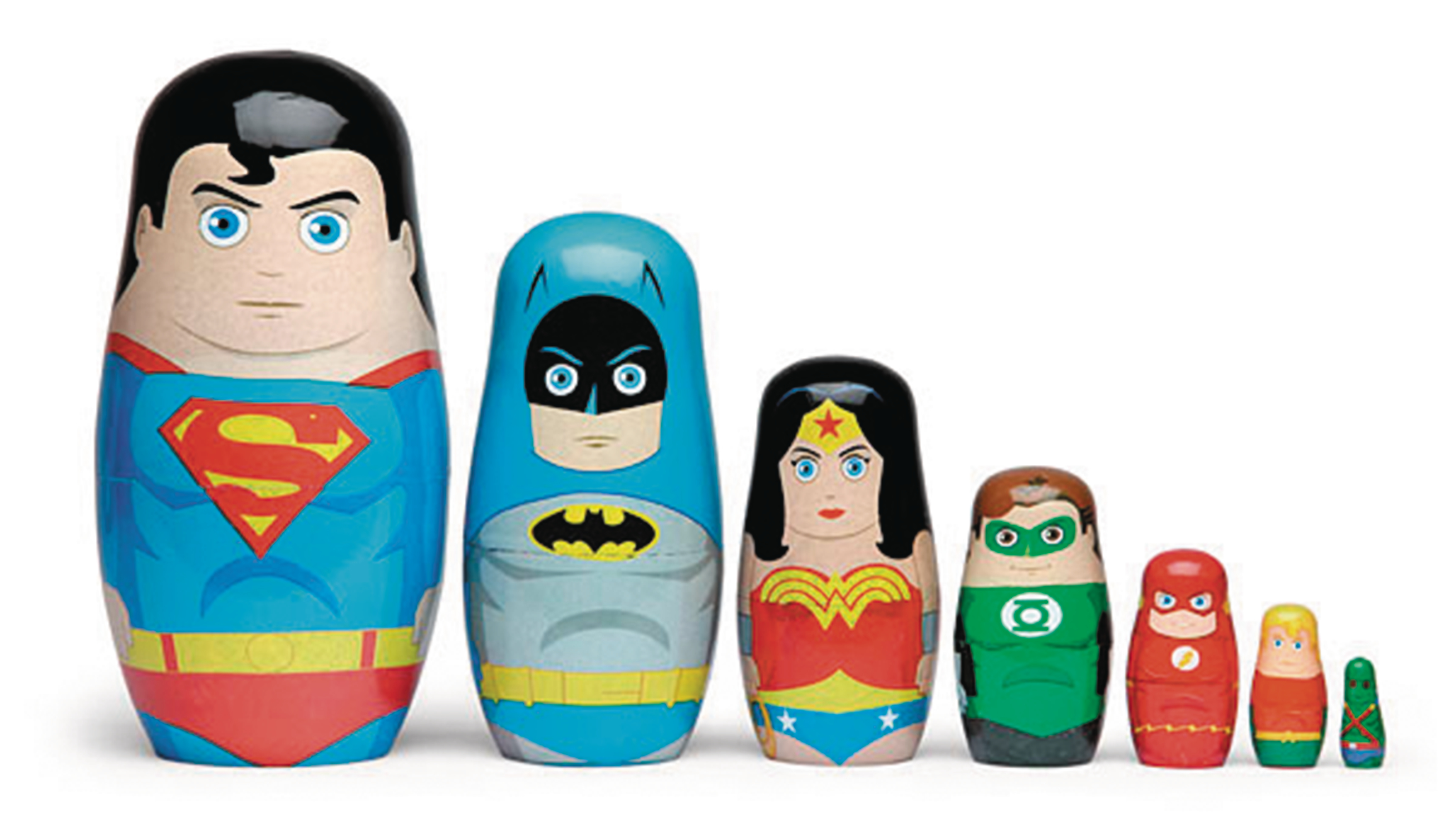 JAN168438
The Justice League unites like never before with the Justice League Classic Wood Nesting Dolls! The World's Greatest Super Heroes take on new life in an ingenious doll-inside-of-a-doll nesting form. The Justice League is a collection of the World's Greatest Super Heroes: Superman, Batman, Wonder Woman, Green Lantern, The Flash, Aquaman, and Martian Manhunter. For well over 100 years, matryoshka dolls, also known as Russian nesting dolls, have charmed children and collectors alike. Ranging in size from 1" to 7" tall, this set captures the celebrated appearance of each character's mystique from every angle.
In Shops: Apr 27, 2016
SRP: $34.99
ORDER WISH LIST