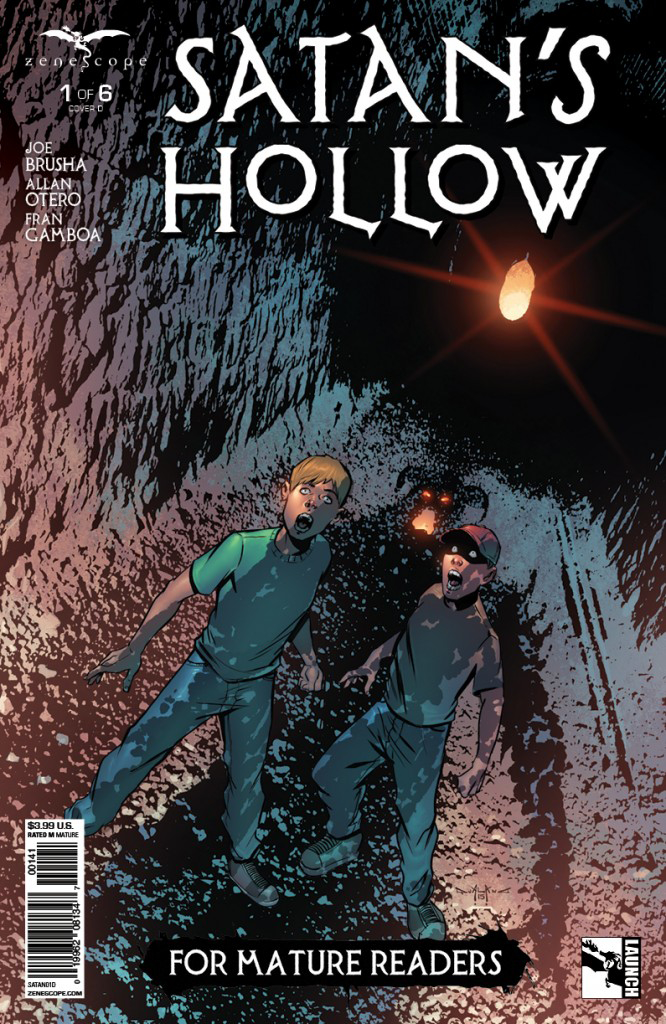 JAN161850
(W) Joe Brusha, Ralph Tedesco (A) Antonio Bifulco (CA) Pasquale Qualano
A brand new horror series from the company that does it best explores the urban myth of Satan's Hollow.  Urban legend tells of a satanic cult that performed rituals in the Ohio woods at the turn of the century. The rituals became more and more disturbing and eventually led to the ultimate evil... a human sacrifice. Legend states the cultists were so successful that they opened a portal that
leads directly to hell. Now, twenty years later, the last surviving victim of the cult has returned, but something immensely evil has arrived with him... an entity known only as the Shadowman.
In Shops: Mar 30, 2016
SRP: $3.99
View All Items In This Series