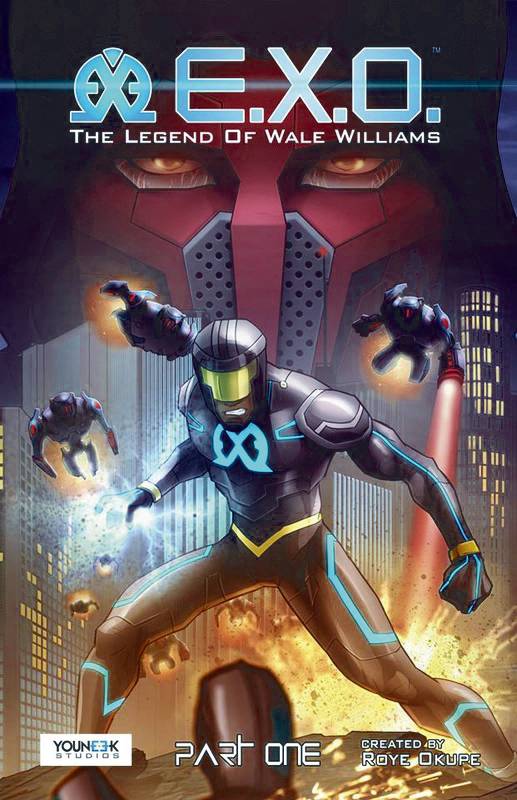 #
JAN161839
(W) Roye Okupe (A) Sunkanmi Akinboye, Raphael Kazeem, Ayodele Elegbe (CA) Godwin Akpan
Featured on CNN, FORBES, BBC and more, E.X.O. The Legend of Wale Williams is a science fiction superhero story about redemption, set in a futuristic, 2025 Africa! The graphic novel series follows the journey of Wale Williams, an impetuous young adult who inherits a suit with super powers after his father goes missing. Tricked into returning home to Lagoon City, Nigeria following a five year absence, Wale embarks on a journey to investigate his father's mysterious disappearance. As he comes to understand the suit's powers, Wale realizes he must restore hope to his city by preventing catastrophic attacks from the sociopathic, Oniku, leader of an extremist group called The Creed.
In Shops: Feb 17, 2016
SRP: $14.99
View All Items In This Series