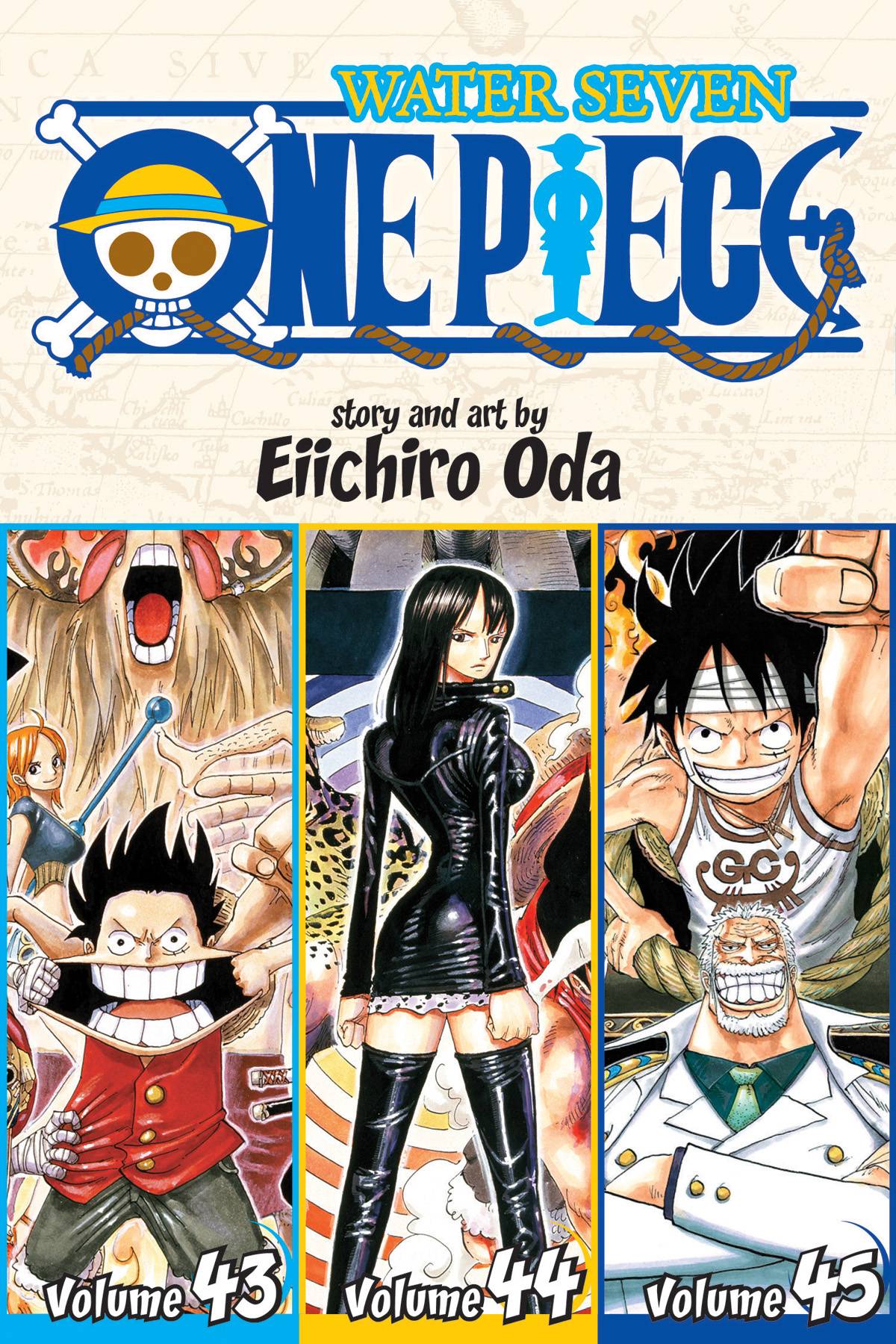 #
JAN161805
(W) Eiichiro Oda (A/CA) Eiichiro Oda
Luffy and his Straw Hat crew duke it out with CP9, a band of dastardly World Government goons headquartered on the island of Enies Lobby. CP9's goal? Abducting Nico Robin, the Straw Hats' newest crew member, in order to activate an ancient weapon called Pluton. But when the enemy accidentally initiates a dreaded "Buster Call" military maneuver, the island and everyone on it is slated for complete annihilation!