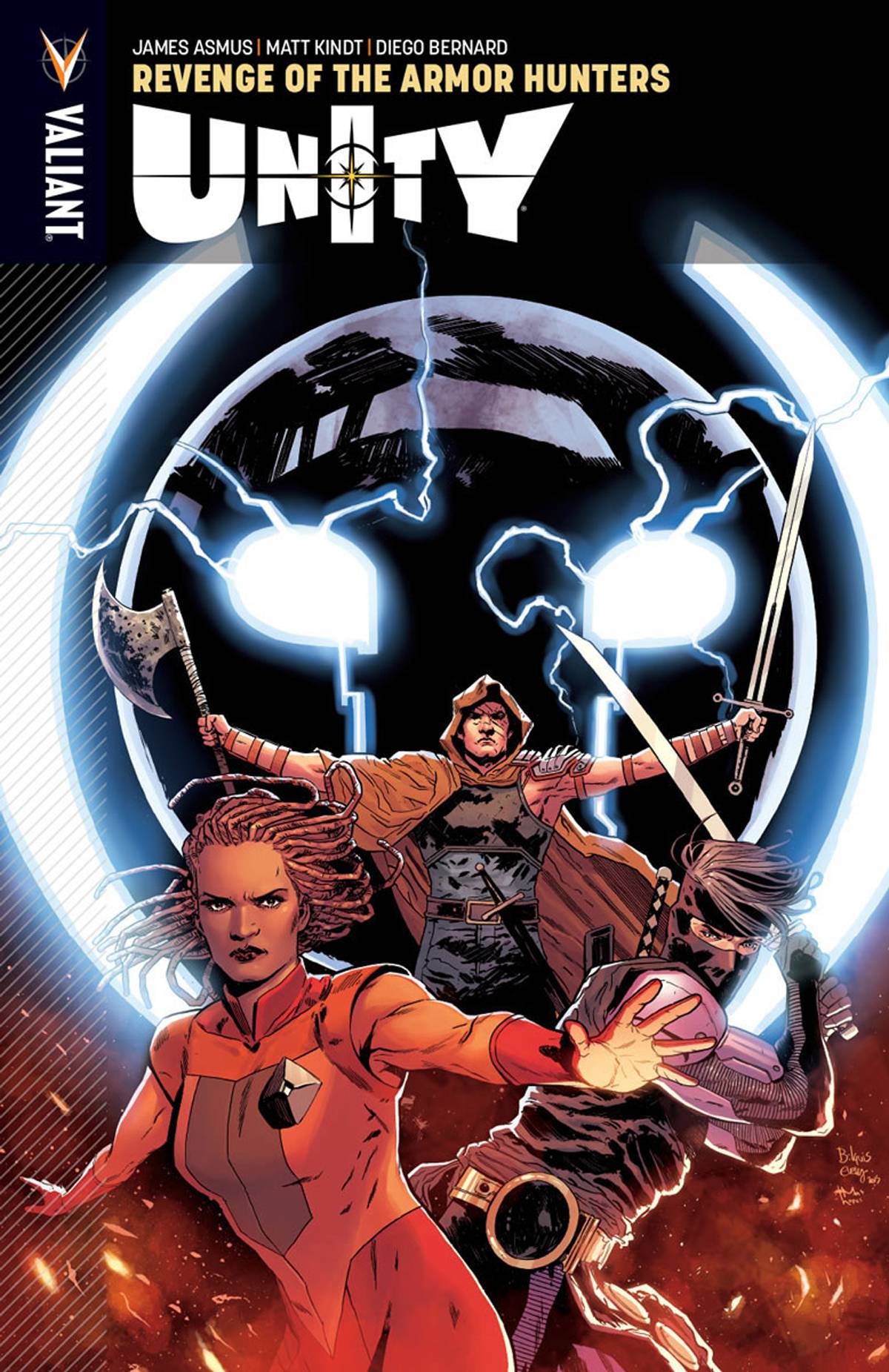 GIN-GR, the reformed killer robot who destroyed Mexico City and rampaged through downtown Los Angeles during the Armor Hunters' attack, has turned on her Unity teammates! As she perpetrates the world's most unstoppable jailbreak - a head-first, guns-blazing, kamikaze flight straight into the military base that holds her one-time squad - can X-O Manowar, Livewire, Ninjak, and the Eternal Warrior stop the giant engine of destruction... while trapped inside it?