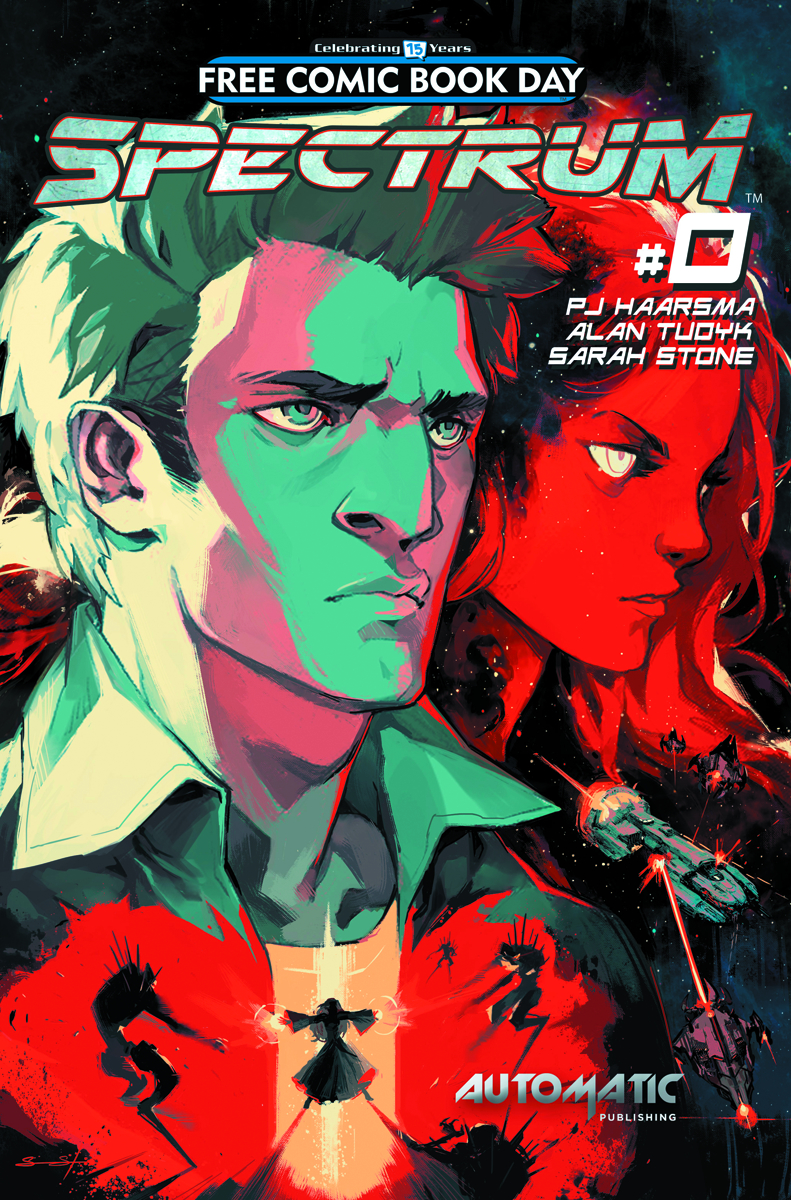 JAN160018
(W) Pj Haarsma, Alan Tudyk (A/CA) Sarah Stone
Firefly stars Alan Tudyk and Nathan Fillion present the first Spectrum comic from their highly successful webseries, Con Man! Our planet has been ravaged by two alien attacks and life on Earth is very different. Captain James Raaker is tasked with cleaning it up, but this is just a set-up to destroy everything he loves and quite possibly life on Earth itself!
The four-issue series from Automatic Publishing will be written by Tudyk and novelist/producer PJ Haarsma (The Softwire Series) with artwork by Sarah Stone (Transformers) and overseen by Shel Dorf Award-winning editor Shannon Eric Denton. The Free Comic Book Day offering is not a sampler or a preview, but the actual first issue of the series.
Rating: All Ages