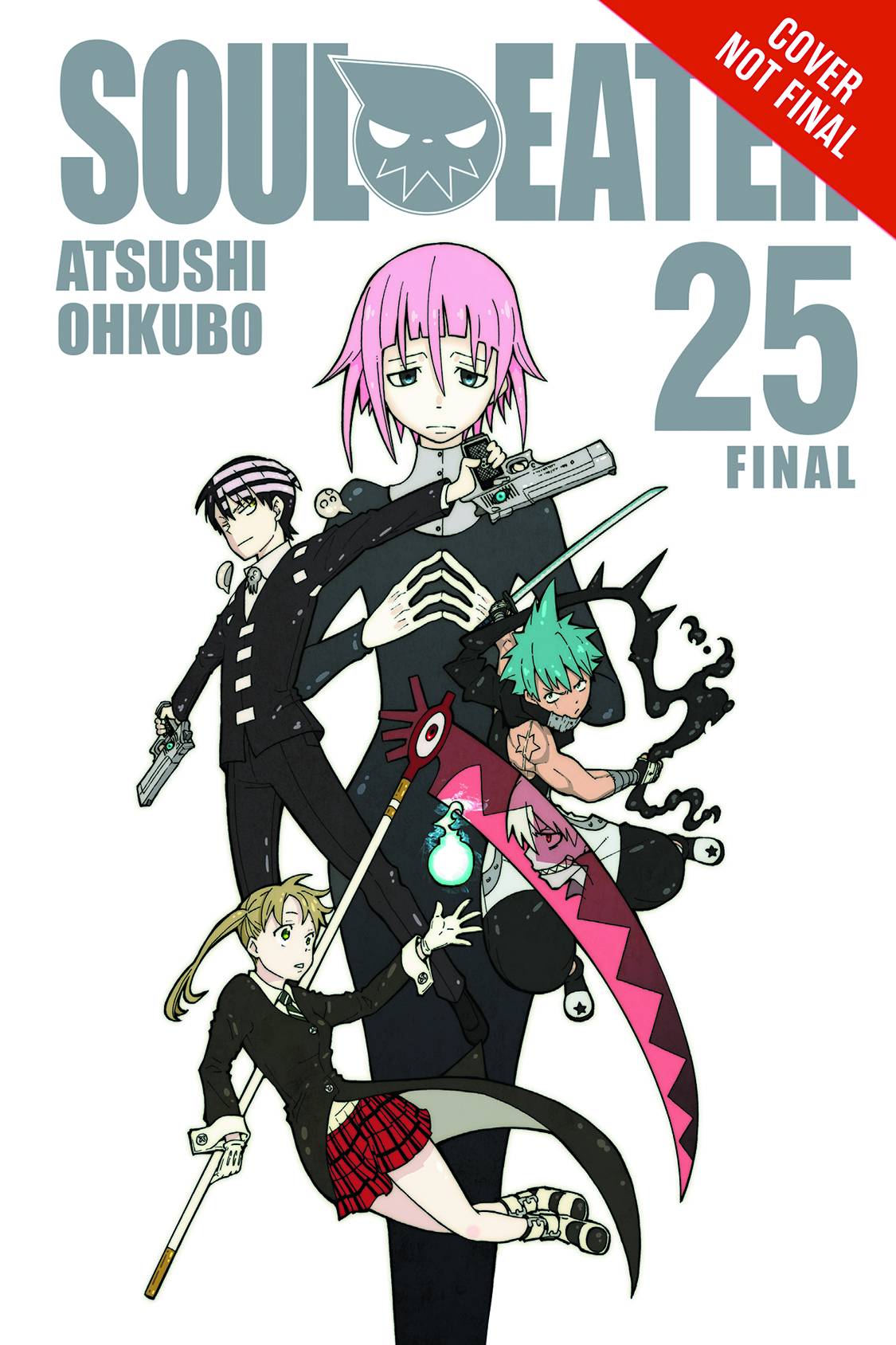 #
JAN151751
(W) Atsushi Ohkubo (A/CA) Atsushi Ohkubo
Young meisters battle to strengthen their weapons and eradicate the evil souls that threaten our world in this comedic action series! Kid's sense of order stands in sharp contrast to the unpredictable madness of the Kishin. But order and madness are two sides of the same coin. When Asura challenges the "tyrannical" Shinigami and his laws that serve to control humans' lives, Kid can feel the tendrils of madness within himself seeking purchase. The bonds of his friendships and his faith in order are tested to their limits as Asura makes his final stand against the forces of DWMA. When the moondust settles, who will emerge as lord of this world - Shinigami or Kishin?
In Shops: Mar 25, 2015
SRP: $13.00
View All Items In This Series
ORDER WISH LIST