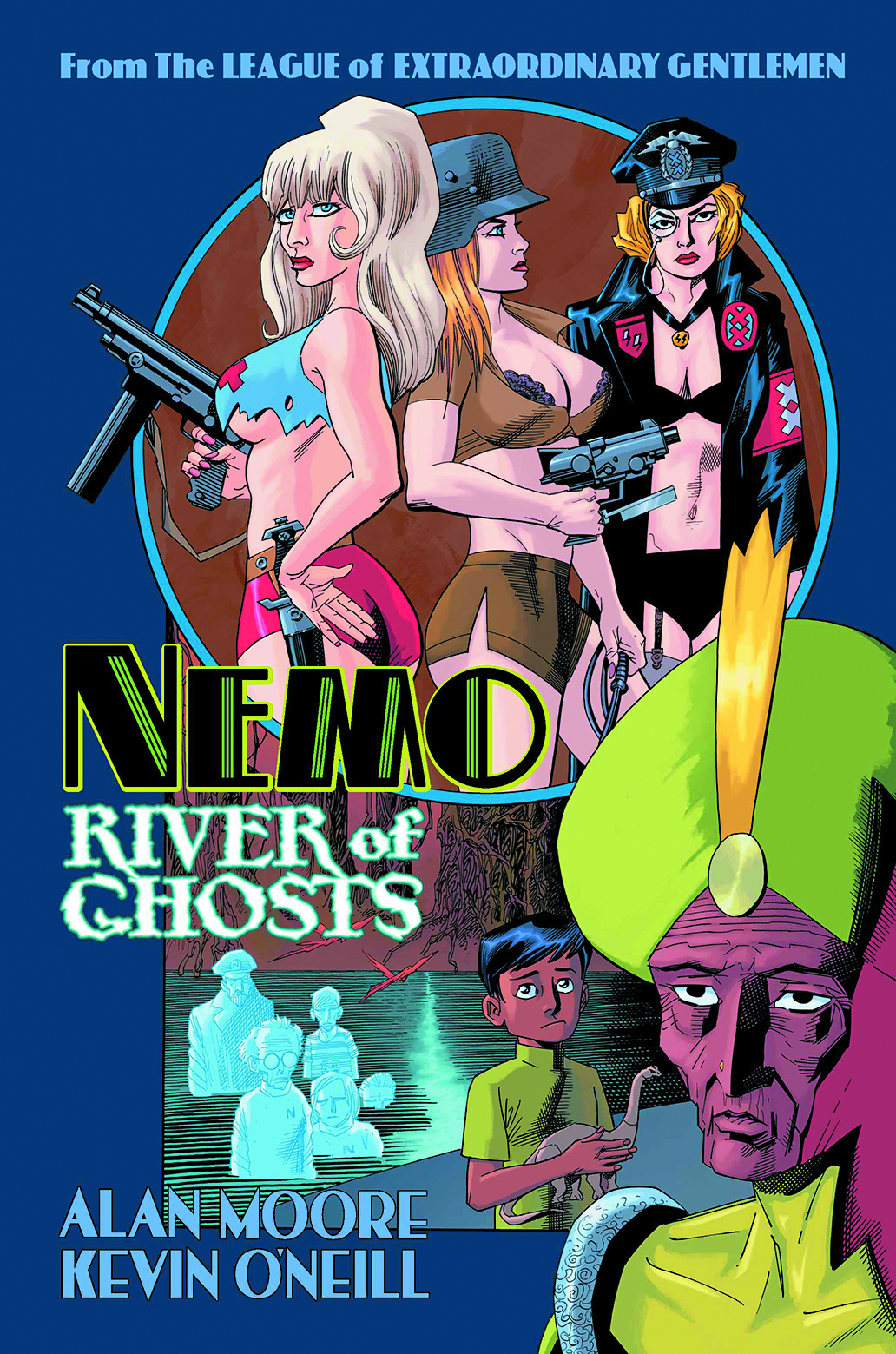 JAN151622
(W) Alan Moore (A/CA) Kevin O'Neill
In a world where all the fictions ever written coalesce into a rich mosaic, it's 1975. Janni Dakkar, pirate queen of Lincoln Island and head of the fabled Nemo family, is eighty years old and beginning to display a tenuous grasp on reality. Pursuing shadows from her past - or her imagination - she embarks on what may be a final voyage down the vastness of the Amazon, a last attempt to put to rest the blood-drenched spectres of old. With allies and adversaries old and new, we accompany an aging predator on her obsessive trek into the cultural landscape of a strange new continent, from the ruined city of Yu-Atlanchi to the fabulous plateau of Maple White Land. As the dark threads in her narrative are drawn into an inescapable web, Captain Nemo leads her hearse-black Nautilus in a desperate raid on horrors believed dead for decades.
In Shops: Mar 25, 2015
SRP: $14.95