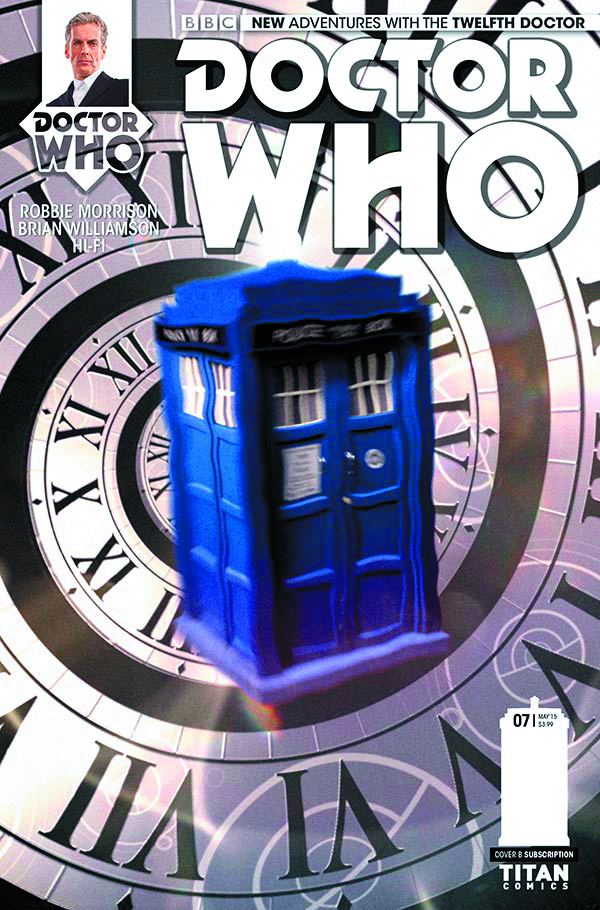 JAN151608
(W) Robbie Morrison (A) Brian Williamson (CA) Photo
"The Fractures," Part 2. On our Earth, UNIT scientist John Foster was killed in an accident, but in a parallel universe his wife and daughter were killed while that world's John Foster survived. One thought kept that John going through his grief - somewhere out there, in some other reality, his wife and daughter still lived. Working obsessively, Foster has devised a way to breach the membrane of the multiverse and cross the Void into our world, unaware of the horrors that will follow in his wake. What dark creatures live in the veins of the multiverse, reaching out to ensnare those foolish enough to breach into their domain? The Doctor and Clara are about to face The Fracture!
In Shops: Apr 15, 2015
SRP: $3.99
View All Items In This Series
ORDER WISH LIST