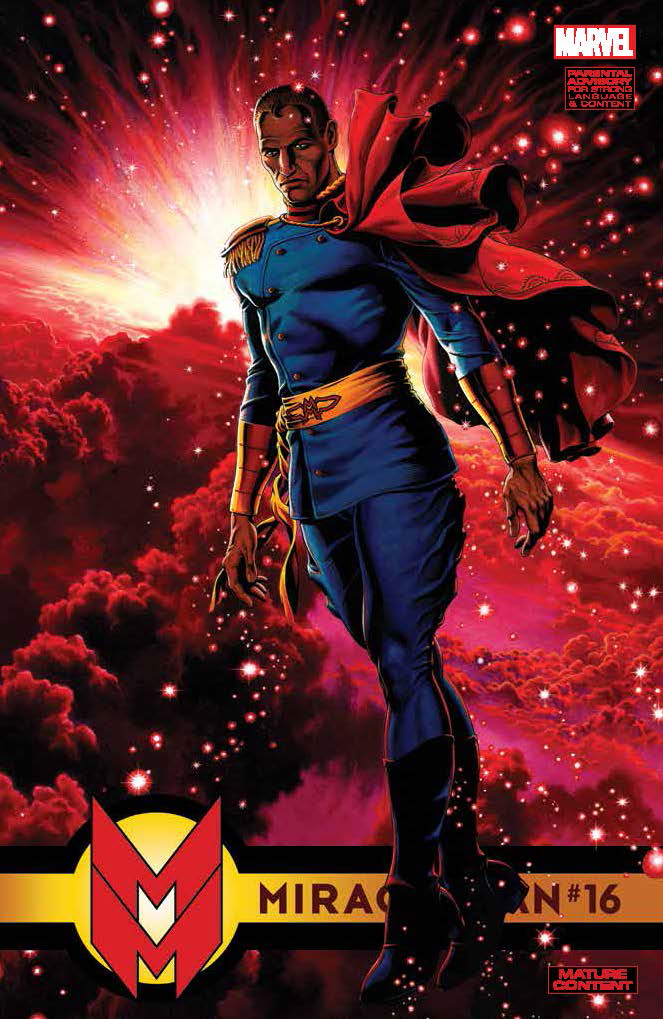 JAN150858
(W) The Original Writer (A) John Totleben (CA) Garry Leach
• Miracleman's existence has been revealed in a shocking fashion! Confronted with this new reality, he chooses to take action and realize his destiny.
•  From the ashes of great tragedy, the world will be reborn. The sick will be healed. Military powers will be disarmed. The planet will be restored. Poverty will be abolished. Every day shall be a day of miracles...a new dawn for humankind!
•  The original Miracleman opus comes to its majestic close in "Olympus"!
•  Including material originally presented in MIRACLEMAN (1985) #16, plus bonus content.
Mature
In Shops: Mar 04, 2015
SRP: $5.99
View All Items In This Series