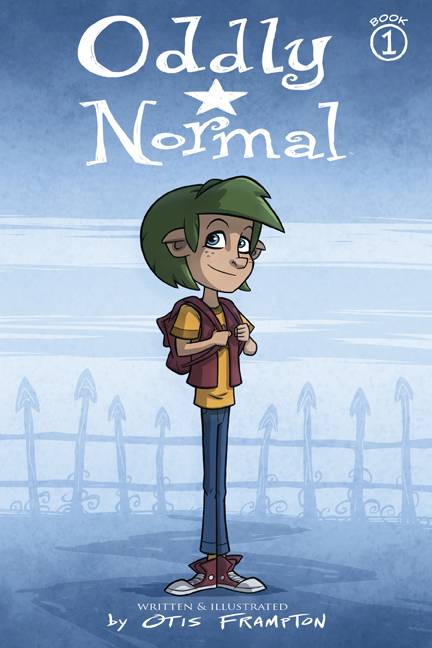 #
JAN150646
(W) Otis Frampton (A/CA) Otis Frampton
Meet Oddly Normal, a ten-year-old girl with pointed ears and green hair-a half-witch who will be the first to tell you that having a mother from a magical land called Fignation and a father from Earth doesn't make it easy to make friends at school! On her tenth birthday, she blows out her cake's candles and makes a disastrous wish. Now, Oddly must travel to Fignation to uncover the mystery of her parents' disappearance. Join Oddly as she navigates a strange new school, monstrous bullies, and Evil itself on an unforgettable fantasy adventure through the vibrant world of Fignation in ODDLY NORMAL.
Collects issues #1-#5.
In Shops: Mar 11, 2015
SRP: $9.99
View All Items In This Series