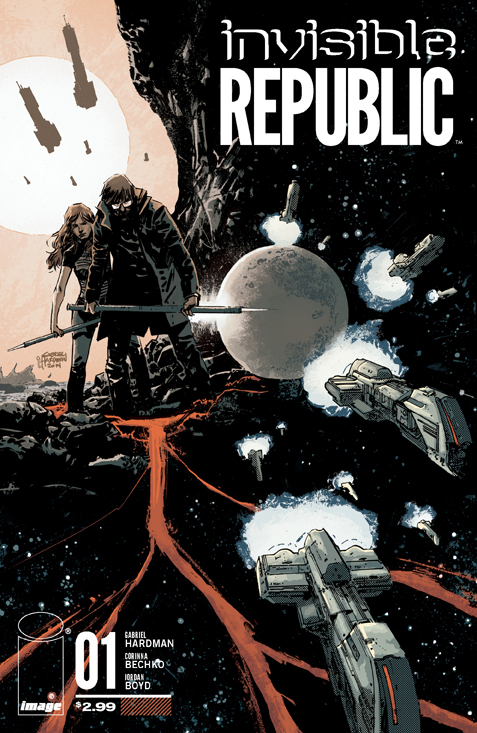 JAN150568
(W) Gabriel Hardman, Corinna Bechko (A/CA) Gabriel Hardman
Breaking Bad meets Blade Runner.
Arthur McBride's planetary regime has fallen. His story is over. That is until reporter Croger Babb discovers the journal of Arthur's cousin, Maia. Inside is the violent, audacious hidden history of the legendary freedom fighter. Erased from the official record, Maia alone knows how dangerous her cousin really is...