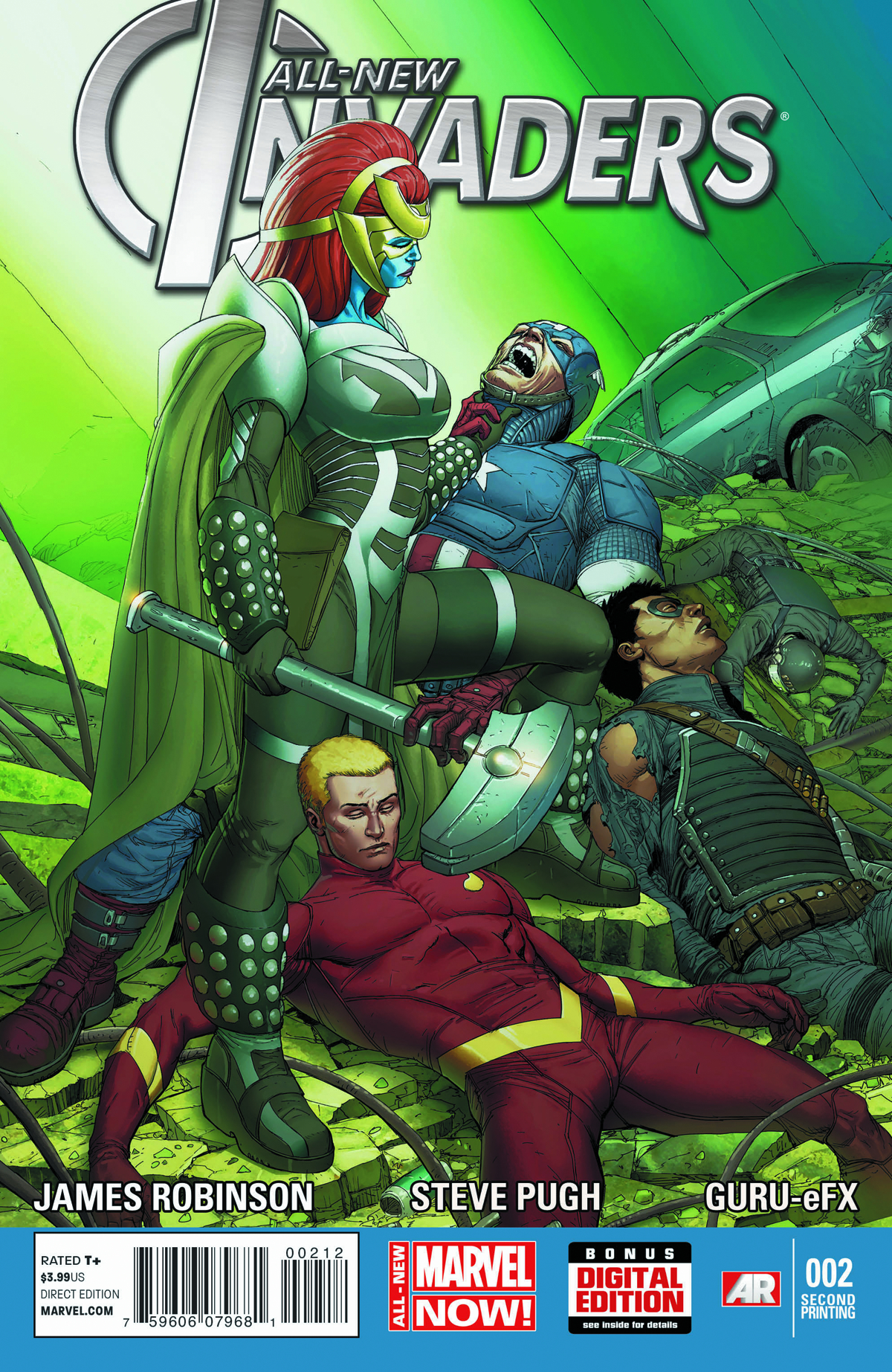 JAN148241
(W) James Robinson (A) Steve Pugh (CA) Mukesh Singh
From Marvel Comics. "Gods and Soldiers" Part Two -- Eisner Award winner James Robinson (Starman, Earth 2) returns to Marvel, uniting with Steve Pugh (Animal Man, Hotwire, Gen-X) to create a unique new take on the Invaders.  As the Original Human Torch decides to rejoin the human race, he and his fellow Invaders face the savage fury of Kree's ultimate hunter, Tanalth the Pursuer! How can they beat a threat that seems unbeatable? Learn the long-forgotten secret Invaders' mission -- involving dead heroes, Nazis and Norse Gods! And what is the desperate measure the Invaders decide to save their teammate Namor from the clutches of the Supreme Intelligence? Note: Offered in PREVIEWS Plus #1117.