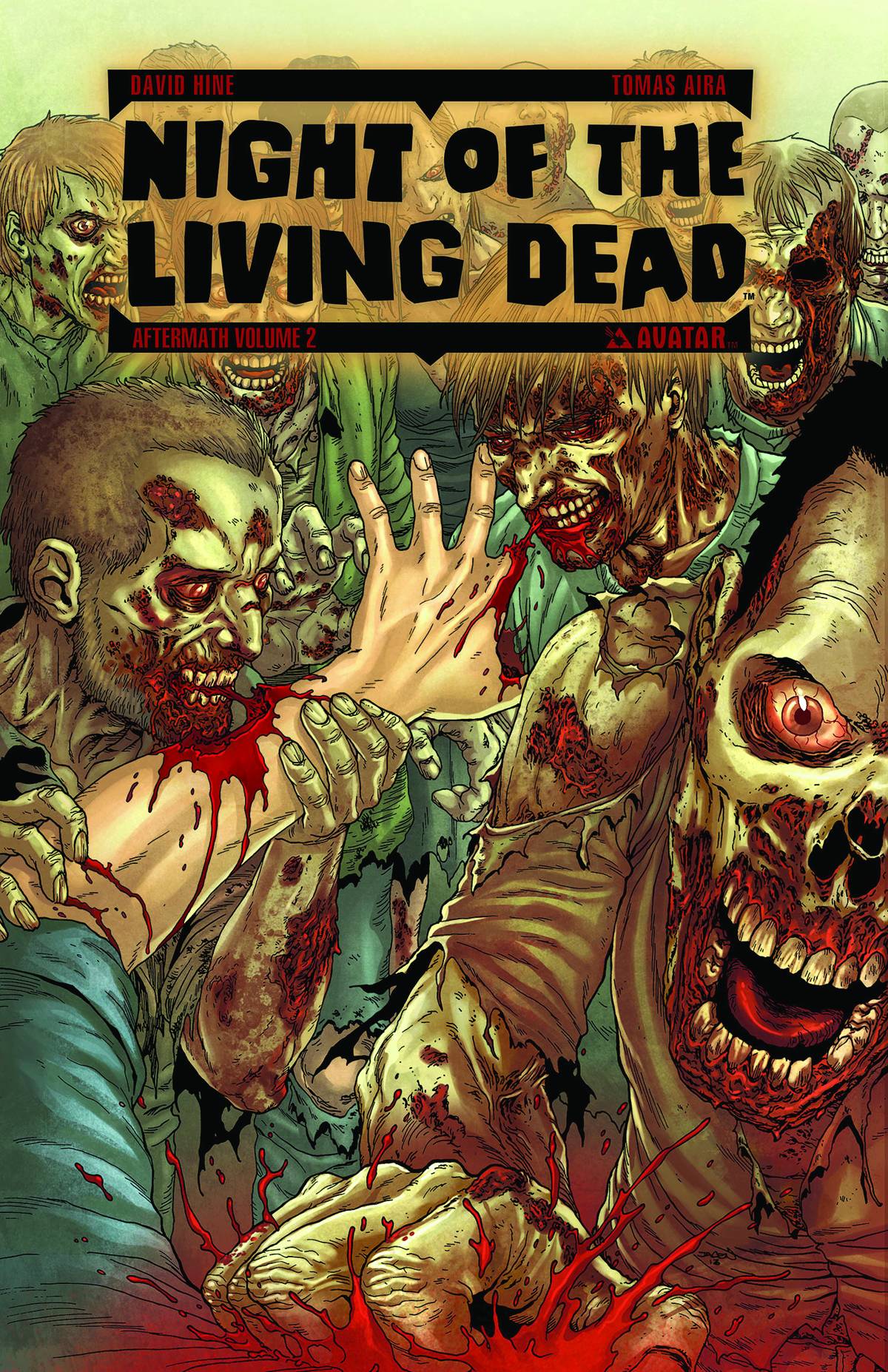 #
JAN140923
(W) David Hine (A) Tomas Aira (CA) Jacen Burrows
The hedonistic late 1970s is the perfect backdrop for the next evolution in the classic Night of the Living Dead series! David Hine continues a horrifyingly original take on the zombie menace as the virus spreads through Las Vegas leaving it a city of the dead. As a group of unlikely survivors flee east, they encounter something more sinister even than the reanimated corpses that seem intent on finding (and dining upon) the ragtag refugees. For locked away in a secure military facility they discover that true horror is bred by the living much more efficiently than the dead. But hidden within the misery is the unthinkable...an anomaly that could lead to a zombie vaccine. But to get it to the safety of Washington the survivors must face a sea of undead whose ranks have swollen to legion. Death, misery, and the living dead make this one of the most chilling chapters in the storied Night of the Living Dead franchise.
This collection includes issues #7-12 of the Night of the Living Dead: Aftermath series.
In Shops: Apr 02, 2014
SRP: $19.99
View All Items In This Series