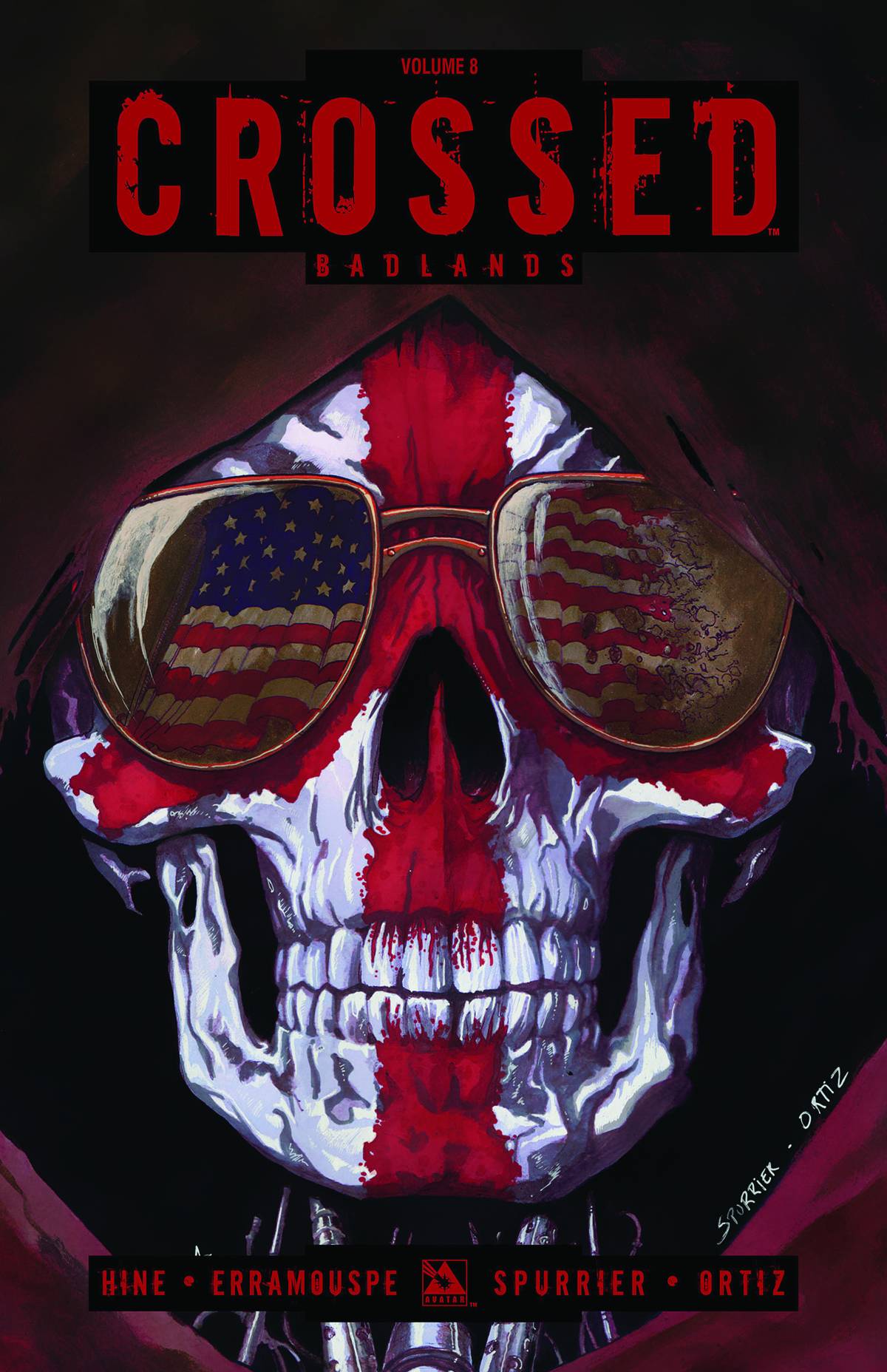 #
JAN140902
(W) Simon Spurrier, David Hine (A) German Erramouspe, Gabriel Andrade (A/CA) Rafa Ortiz
Two of the hottest names in horror deliver three tales of terror in this volume of vile repulsions! Simon Spurrier spins the mad tale of the insane survivalist from Crossed: Wish You Were Here - Jackson! What goes through the mind of a madman in an insane world? Find out as Jackson revisits his twisted past and ushers out his brand of righteous violence against the maniacal Crossed. And from the Badlands vault comes Spurrier's Crossed tale of hippies meet grindhouse terror like you've never experienced in "American Quitters." Two bikers who couldn't be more different find common ground as they attempt to deal with the ghosts of the past while facing the harsh realities of a Crossed world. Finally, experience the first hours of the Crossed outbreak in Japan as David Hine releases the "Gore Angels." What happens when an abused manga artist in a traditional Japanese home must not only face grinning Crossed devils, but also the men that sexually attacked her? The result is a tale of misery and vengeance made reality! Collects issues #37-43 of the Crossed: Badlands series and the Crossed 2013 Annual.
In Shops: Mar 12, 2014
SRP: $19.99
View All Items In This Series
ORDER WISH LIST