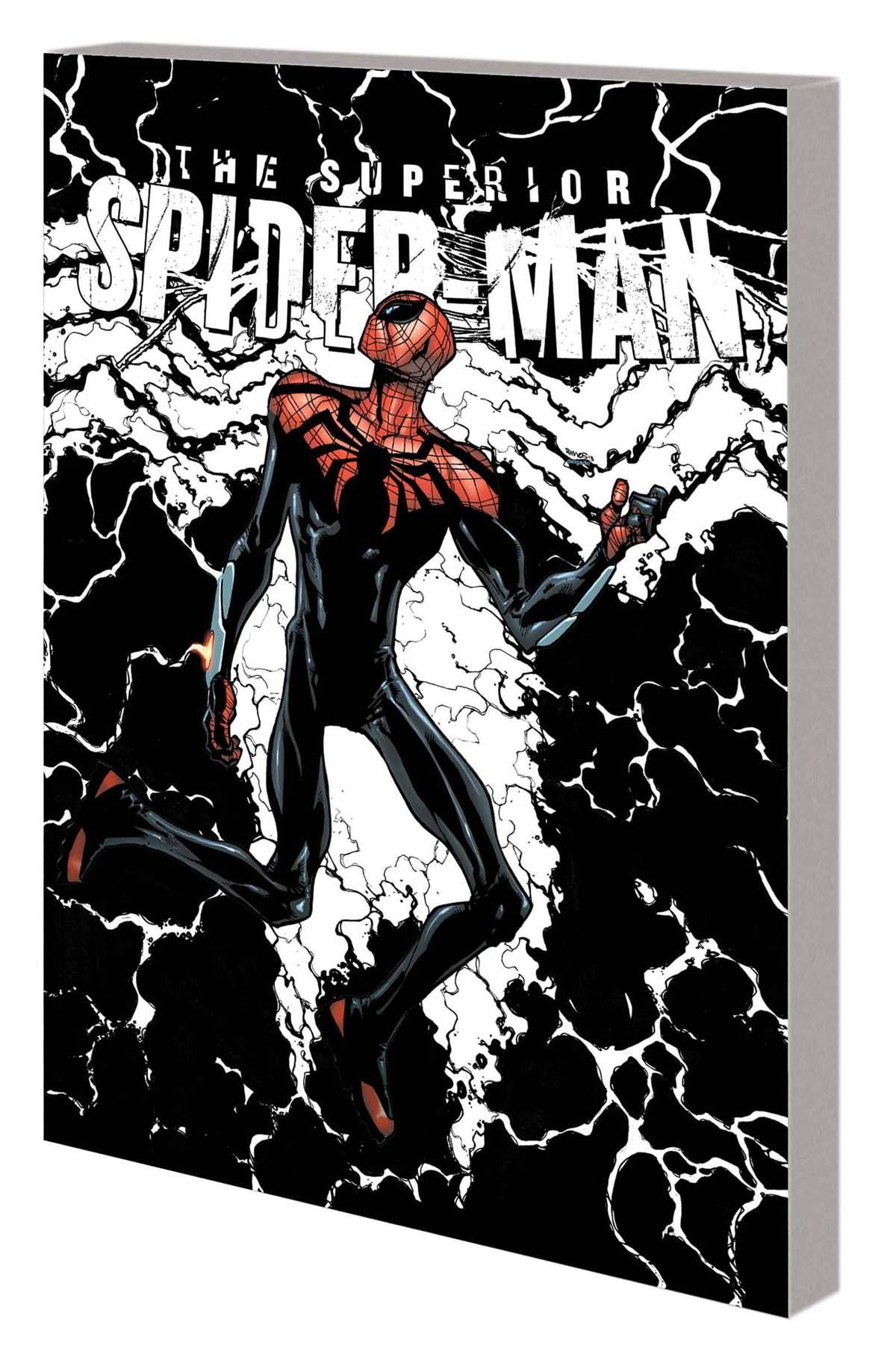 #
JAN140804
(W) Christos N. Gage, Dan Slott (A) Javier Rodriguez, Humberto Ramos (CA) TBD
Flash Thompson, the Secret Avenger known as Venom, is back in town - but will his first run-in with the Superior Spider-Man be friendly, or will Flash sense something perilous about Peter Parker's presence? And as Otto Octavius takes another big step in his life as Peter Parker, could a big part of Flash's life be coming to a close? Will he be Venom no more? As Cardiac returns, MJ faces her fears, and a new Goblin is born, the one question everyone will be asking is, "Who is the Superior Venom?!" And after half a century, don't miss one of the most cringe-worthy moments in all of Spidey-history! Guest-starring the Avengers! Plus: Blackout wants to re-establish his reputation by killing the Superior Spider-Man - and to do so, he targets Aunt May! Collecting SUPERIOR SPIDER-MAN #22-26 and ANNUAL #1.
In Shops: Apr 16, 2014
SRP: $17.99
View All Items In This Series
ORDER WISH LIST