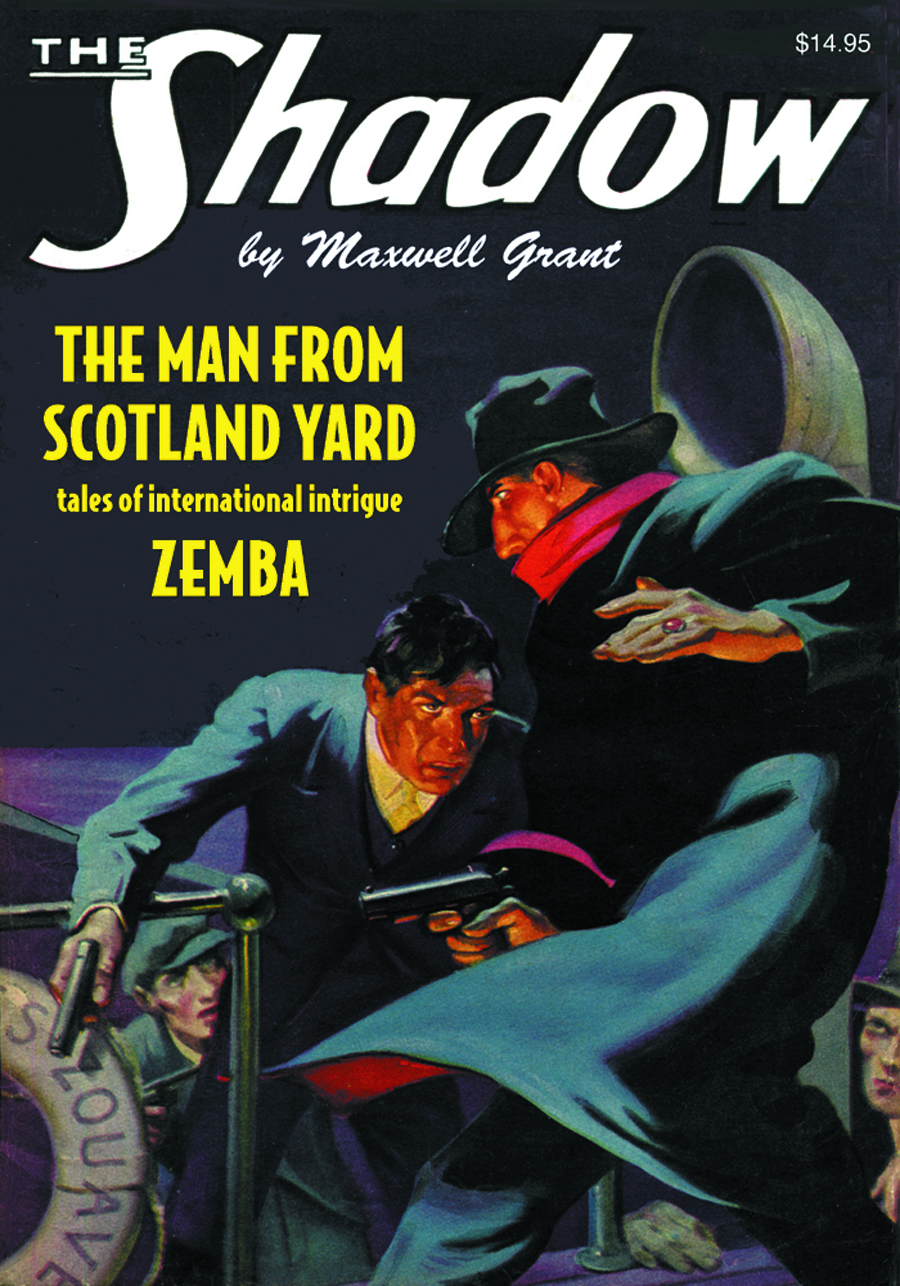 JAN131445
The Master of Darkness teams with Scotland Yard's Eric Delka in two thrilling tales of international intrigue. First, The Shadow investigates an international spy ring with the assistance of "The Man from Scotland Yard" (in his first appearance). Then, The Shadow and Delka's investigation of missing submarine plans sets them on the trail of the legendary Parisian super-criminal, Gaspard Zemba, in Walter Gibson's all-time masterpiece of misdirection!
In Shops: Mar 13, 2013
SRP: $14.95
View All Items In This Series
ORDER SUBSCRIBE WISH LIST