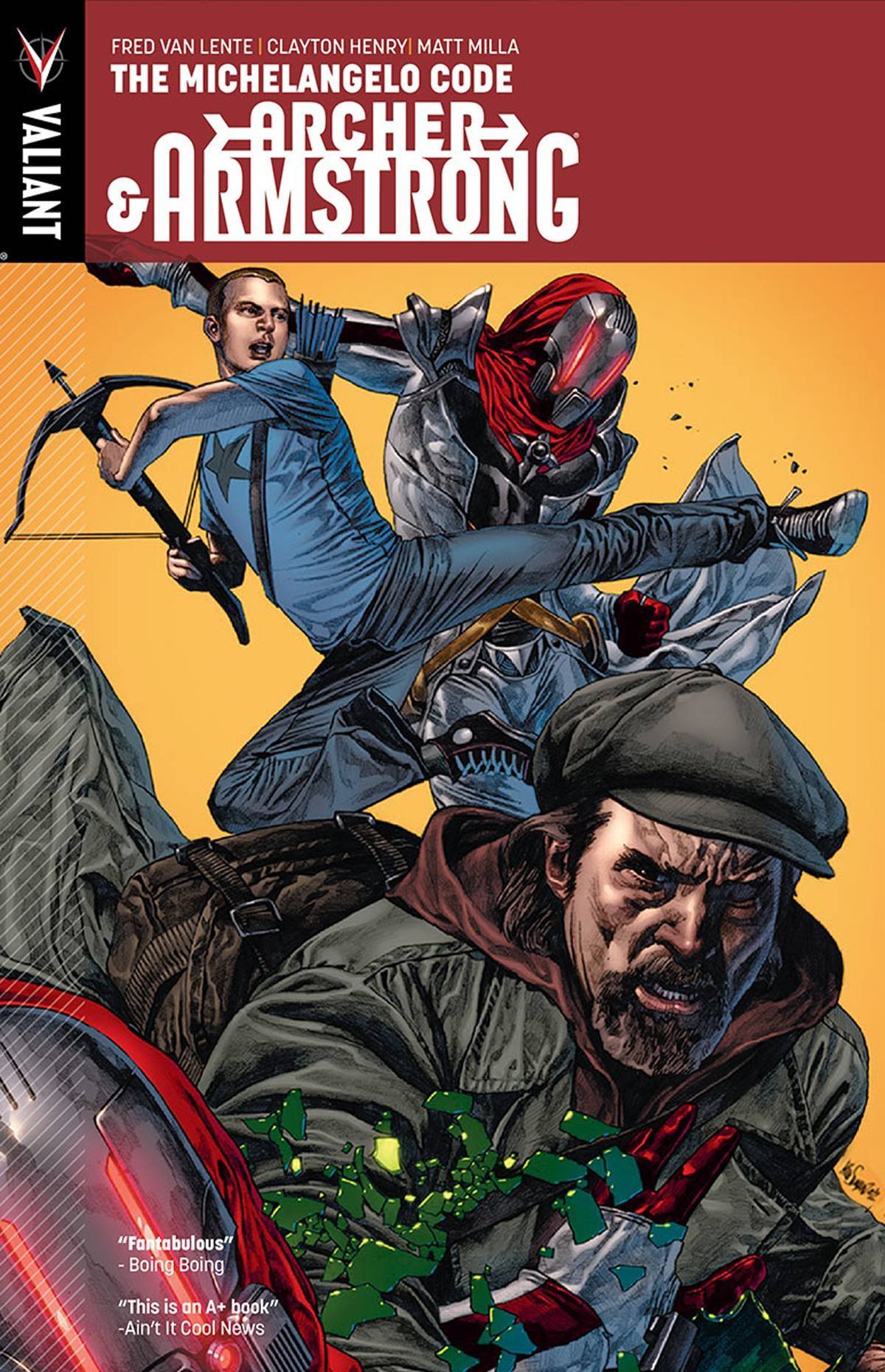 #
JAN131309
(W) Fred Van Lente (A) Clayton Henry, Pere Perez (CA) Mico Suayan
It's history in the breaking! An all-new printing of the sold-out first volume of the series named one of the best comics of the year by Bloody Disgusting, Inside Pulse, and Comic Book Resources!

After years of meditation and training, 18-year-old Obadiah Archer has been dispatched to New York City to carry out the sacred mission of his family's sect - locate and kill the fun-loving, hard-drinking immortal known as Armstrong! But as this naive teenage assassin stalks his prey, he'll soon find that both hunter and hunted are just pawns in a centuriesold conspiracy that stretches from the catacombs beneath Wall Street to the heights of the Himalayas. And Archer & Armstrong will have to work together if the future is to stand any chance of surviving the past's greatest threat!