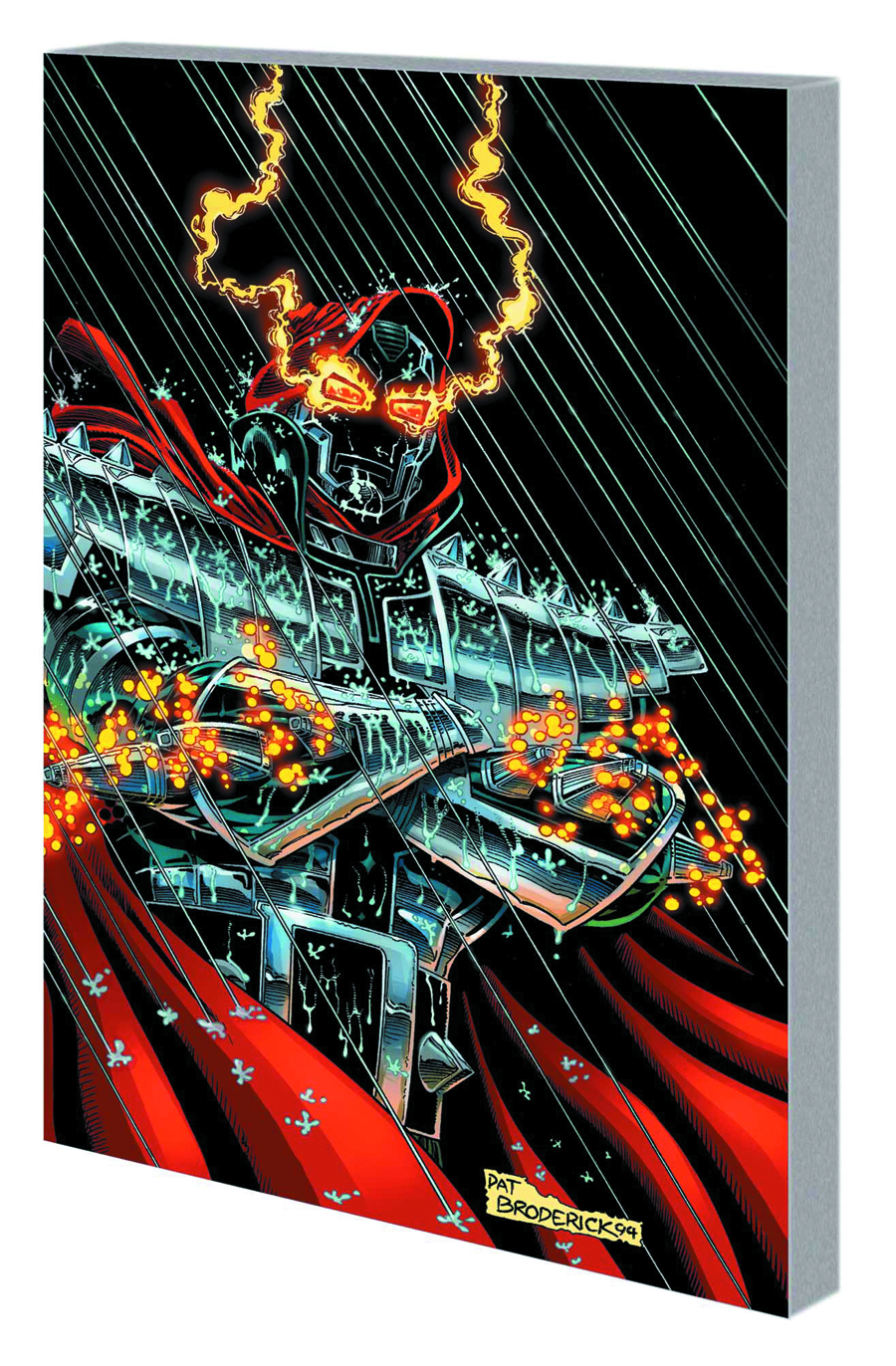 JAN130788
(W) Warren Ellis, John Francis Moore (A) David Klein, John Royle, David Pugh, Ashley Wood, John Buscema (A/CA) Pat Broderick
The year is 2099. Victor von Doom, having mysteriously survived from the Heroic Age of the early 21st century, has risen anew in this technologically advanced future. Having retaken his beloved Latveria from those who ruled it in his absence, Doom has turned his gaze to America, once the home of his greatest foes. He sees unrest. He sees disharmony. He knows the struggling nation needs an iron fist to bring it back under control. And he knows just the man for the job. All hail President Doom! Superstar writer Warren Ellis' maniacal overhaul of Dr. Doom's futuristic solo series is collected in one volume, featuring technological horror, dystopian despots and more sheer wrongness than you can shake a gauntlet at! Collecting DOOM 2099 #24-39 and material from 2099: THE WORLD OF DOOM.
In Shops: Mar 27, 2013
SRP: $39.99
ORDER WISH LIST