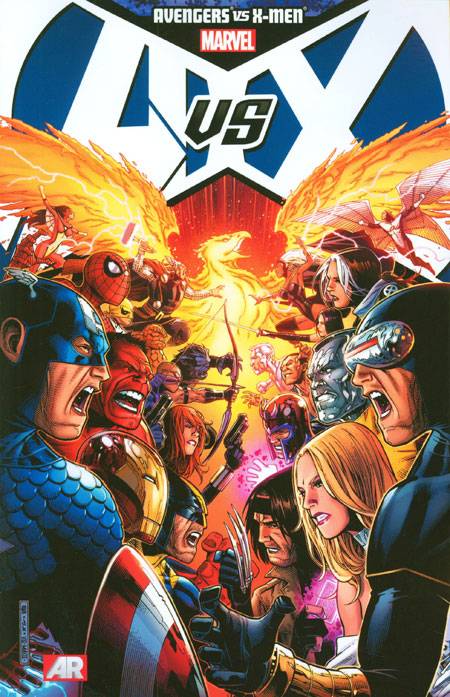 #
JAN130771
(W) Various (A) Various (CA) Jim Cheung
Earth's Mightiest Heroes and the Children of the Atom go to war in the ultimate super-hero showdown! The world-destroying Phoenix Force is back - and while the Avengers are intent on stopping it, Cyclops and his X-Men have other ideas. To Captain America, the Phoenix threatens doom. To Cyclops, it could mean salvation. Marvel's two greatest leaders wage war, with the Phoenix's chosen host - Hope Summers - caught in the middle. How far are both sides willing to go? The answer lies in a battle so big no one world could contain it...and a shocking ending that neither team could have seen coming! Marvel's top writers and artists present a space-faring, world-changing epic - the culmination of a decade's worth of incredible event storytelling. Collecting AVENGERS VS. X-MEN #0-12 and material from POINT ONE #1.
In Shops: Mar 27, 2013
SRP: $34.99
ORDER WISH LIST