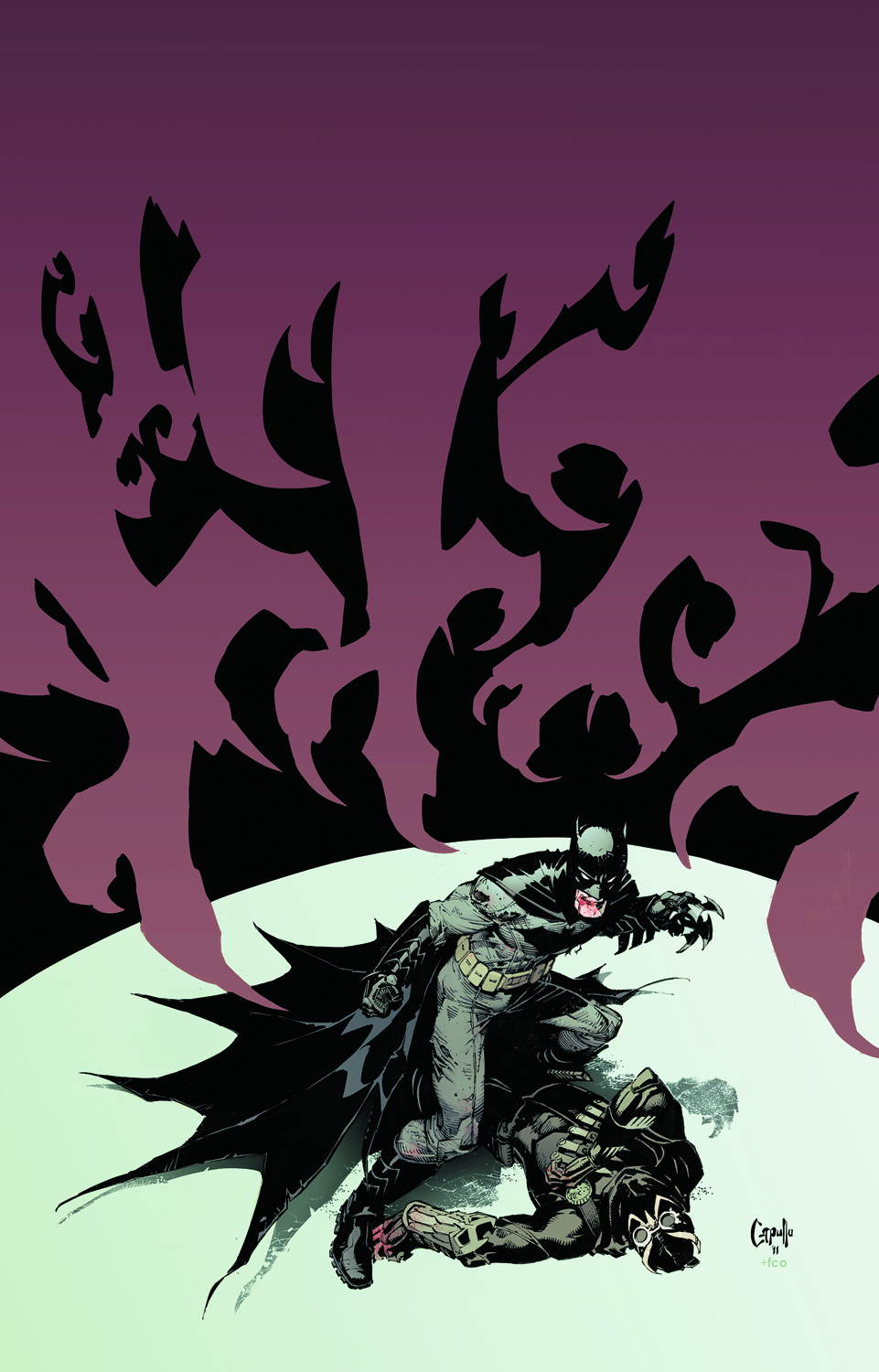 JAN120236
(W) Scott Snyder (A) Jonathan Glapion (A/CA) Greg Capullo
Batman may have survived the Court of Owls' first strike (barely), but even as he recuperates, the Court is preparing to launch its most deadly and sweeping attack yet. Plus: The secrets revealed in this issue will change Batman's world forever! You won't want to miss the issue everyone will be talking about!
This issue is also offered as a special combo pack edition, polybagged with a redemption code for a digital download of this issue.