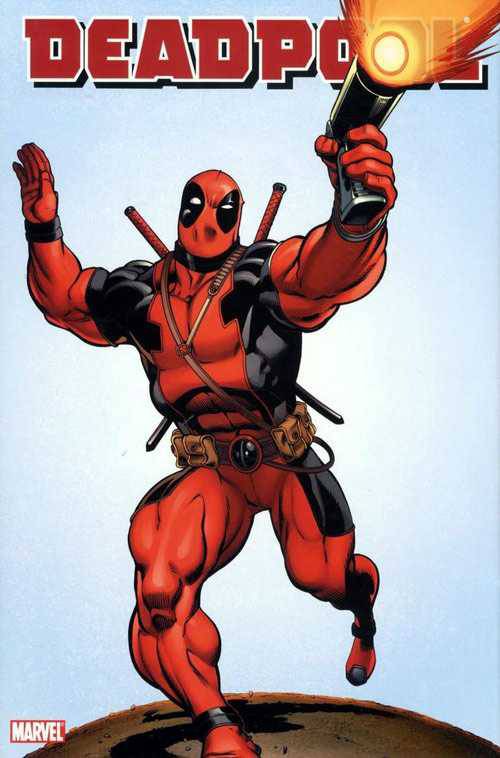 #
JAN110820
(W) Andy Diggle, Daniel Way (A) Carlo Barberi, Bong Dazo, Paco Medina (CA) Ed McGuinness
Written by DANIEL WAY & ANDY DIGGLE
Penciled by PACO MEDINA, CARLO BARBERI & BONG DAZO
Cover by ED MCGUINNESS
The Skrulls have infiltrated governments, businesses, even super-hero teams. But nothing they've ever faced has prepared them for Deadpool! When the wisecracking, gun-toting one-man army surrenders to the shape-shifting aliens after saving a baseball stadium full of innocent civilians from a Skrull attack all by himself, the invaders isolate his healing factor and replicate it in the newest generation of Super-Skrulls - a brigade Deadpool himself will lead against the Earth defense forces. Or so they think. What the Skrulls don't realize is that Nick Fury is footing the bill! But when the data Deadpool swipes is stolen in transit by Norman Osborn, who uses it to kill the Skrull queen and win the gratitude of everyone on Earth, Wade figures the ex-Green Goblin owes him one - and he intends to collect. The maniacal Merc with the Mouth unleashes a full-on assault against the Osborn-controlled Avengers Tower, and Norman is forced to pull out all the stops to save his own skin - and that means deploying his brand-new team of bloodthirsty black-ops Thunderbolts! Plug your ears, kids - this is gonna be loud! Collecting Collecting DEADPOOL #1-12 and THUNDERBOLTS #130-131.
352 PGS./Parental Advisory