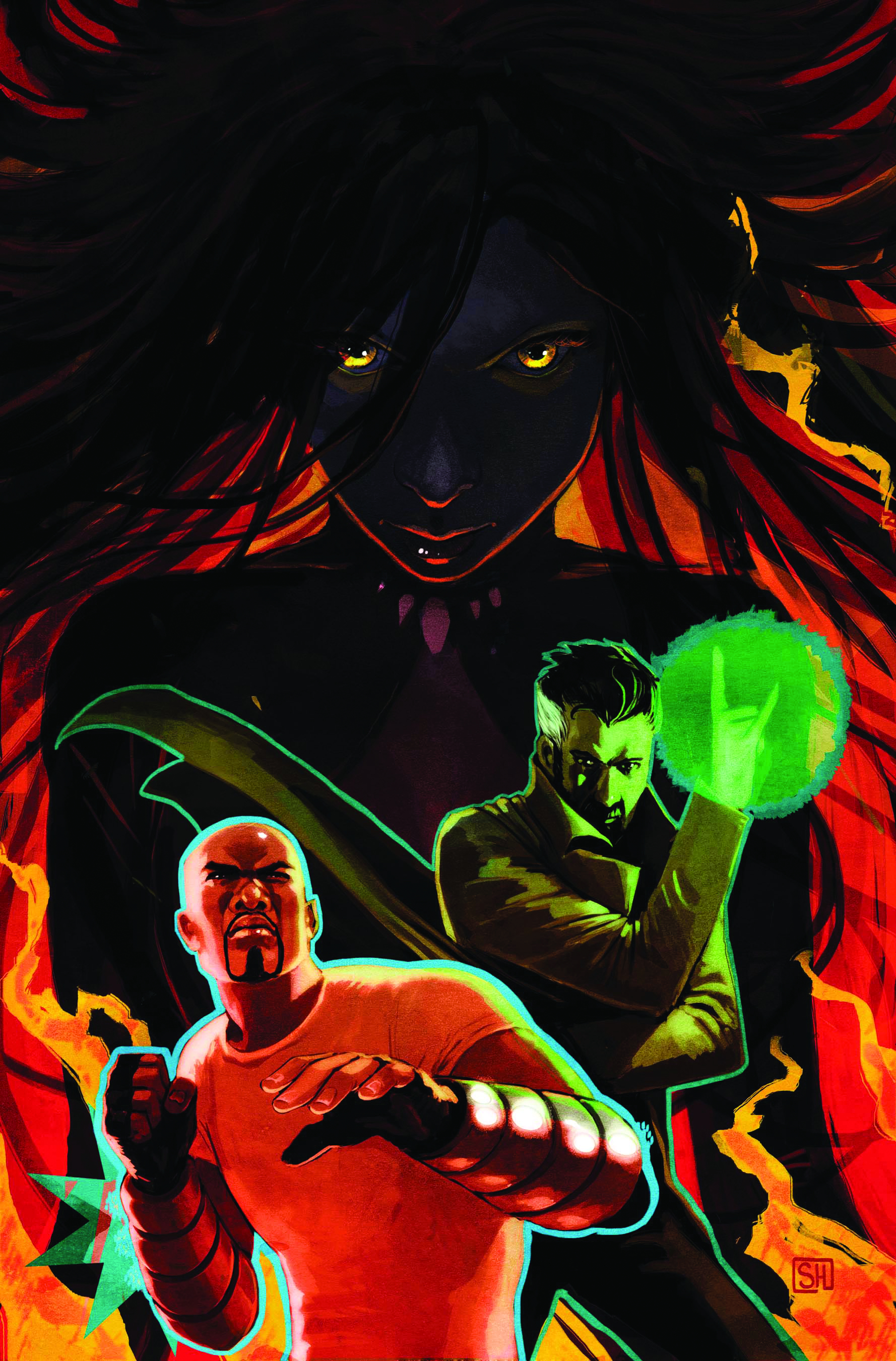 JAN110763
(W) Jeff Parker (A) Kev Walker (CA) Arthur Adams
Written by JEFF PARKER
Penciled by KEV WALKER
Covers by ARTHUR ADAMS
Issue #155 Captain America 70th Anniversary
Variant Cover by GERALD PAREL
Before he was pressed into service for the Thunderbolts, the mysterious swamp monster of the team knew another life: as guardian for a force of nature called The Nexus of Realities. An old friend of the creature does remember this--and breaks the silent one out of The Raft to return to duty at the borders of our world. What danger awaits the Man-Thing--and what will The Thunderbolts say to losing their favorite plant? The team is back in action after word has come down on high about a weakness in Thunderbolt's, and they must bolster their ranks to deal with the imminent magical threats. Luke Cage calls on New Avenger DOCTOR STRANGE to help find the perfect candidate to fill the role, but bringing this person in is far from easy--which is why SATANA will make a fine Thunderbolt. Back at The Raft, the status quo is changing to an even greater extent without Luke's knowledge. Get ready for new levels of lightning-like justice!
32 PGS. (each)/Rated T+