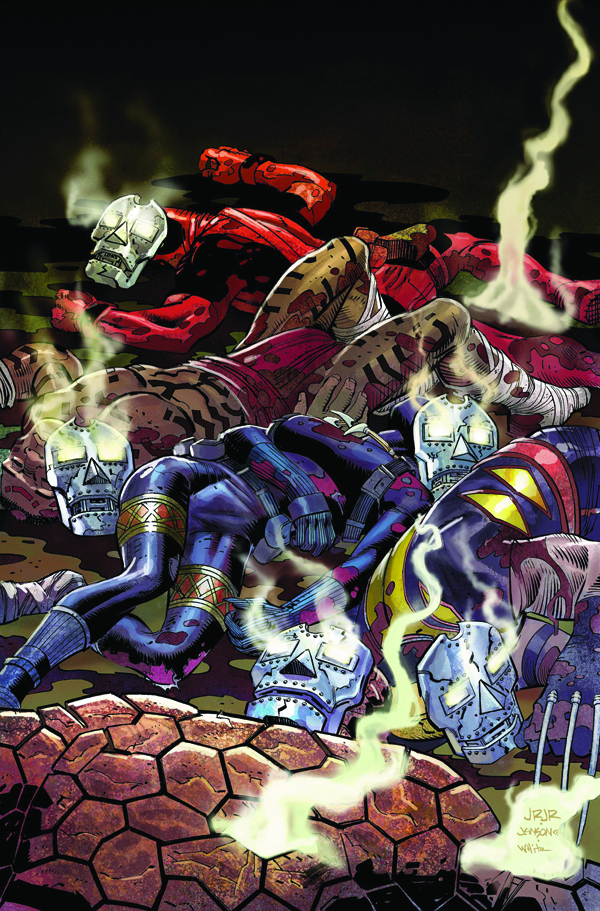 JAN108072
(W) Jonathan Maberry (A) Will Conrad, Scot Eaton (A/CA) Various
by Jonathan Maberry and Scot Eaton, Will Conrad & TBD; variant cover by John Romita, Jr.
From Marvel Comics. Wakanda has been conquered, its Vibranium reserves plundered. Storm faces execution in the next 48 hours. And Dr. Doom stands triumphant. It will take the combined forces of the X-Men, the Fantastic Four and the two Black Panthers to stand against him. A war has begun that will pit the world's most relentless super-villain against a collection of the world's most powerful super heroes - one that will span the globe, offering twists and turns and surprise players (hello, Deadpool!) that neither side will see coming. Scheduled to ship 03/31/10. (161)