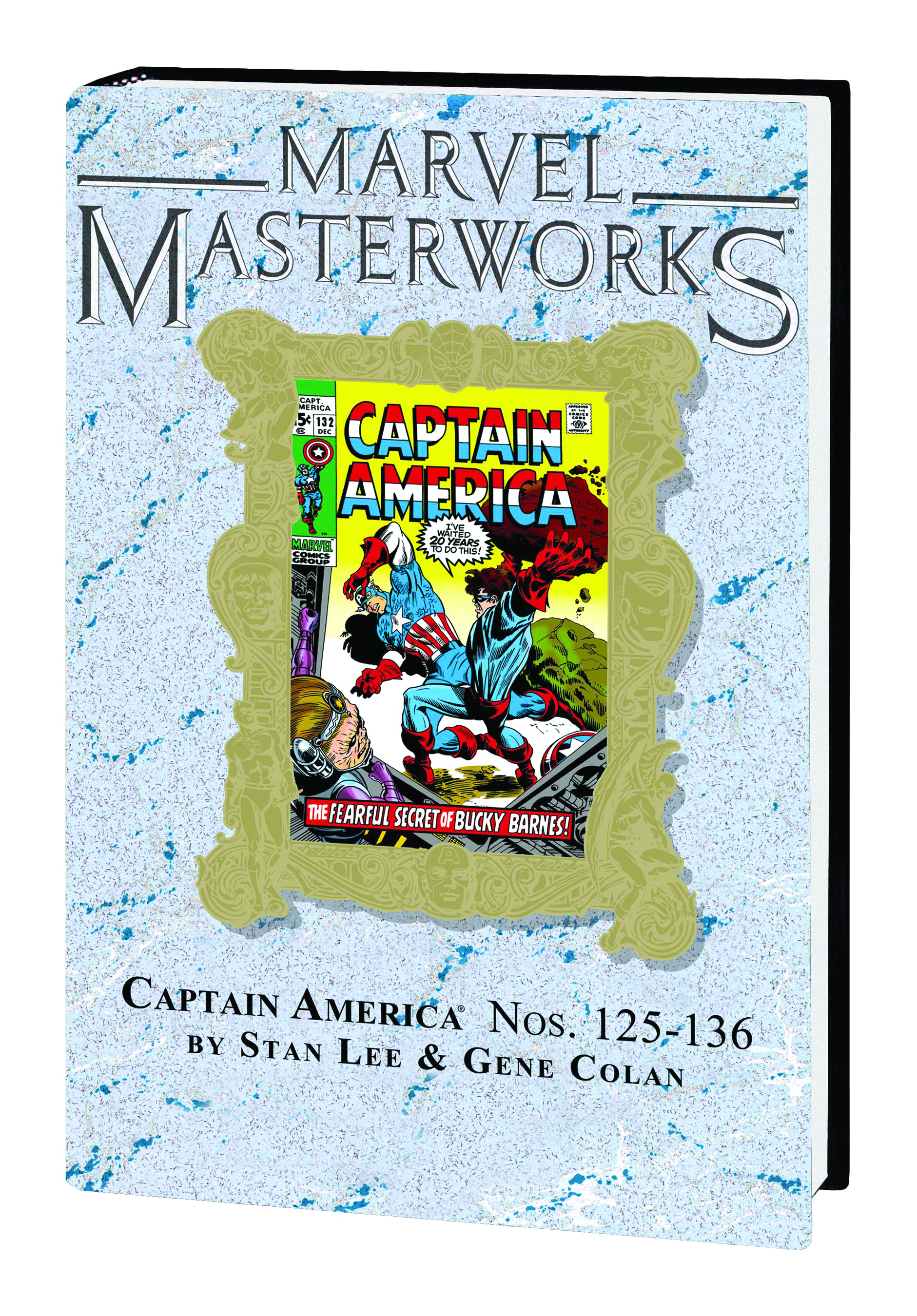 JAN100646
(W) Stan Lee (A/CA) Gene Colan
Written by STAN LEE
Penciled by GENE COLAN
Cover by GENE COLAN
It's a twelve-pack of Captain America classics as only the Marvel Masterworks can bring them to you! Draped in the red, white and blue, there's no character in all of comics who represents America like Cap, and within these pages two of Marvel's greatest creators set him on a path through the tumultuous '70s that bears a character's, and a nation's, soul. In story after story Stan Lee and Gene Colan push the envelope for adventure as Cap goes behind enemy lines in Vietnam; teams with the Falcon to oppose the radical Diamondheads; and then sets out on a coast-to-coast road trip full of motorcycle gangs, rock festivals and the Red Skull! The excitement reaches fever pitch when the long, lost Bucky Barnes returns! Free from the guilt of his partner's death, Cap's slate is wiped clean, however, anything but a normal life is ahead-because Baron Strucker, Dr. Doom and M.O.D.O.K. are tied up in Bucky's return. Before the story's done you'll witness Cap vs. Bucky, the origin of M.O.D.O.K. and the beginning of the Captain America/Falcon team! Featuring guest appearances by Nick Fury, the Incredible Hulk and Peter Parker, and villains from Batroc to the Mole Man and the Monster Ape, they're classics one and all. Collecting CAPTAIN AMERICA #125-136
248 PGS./All Ages ...$54.99