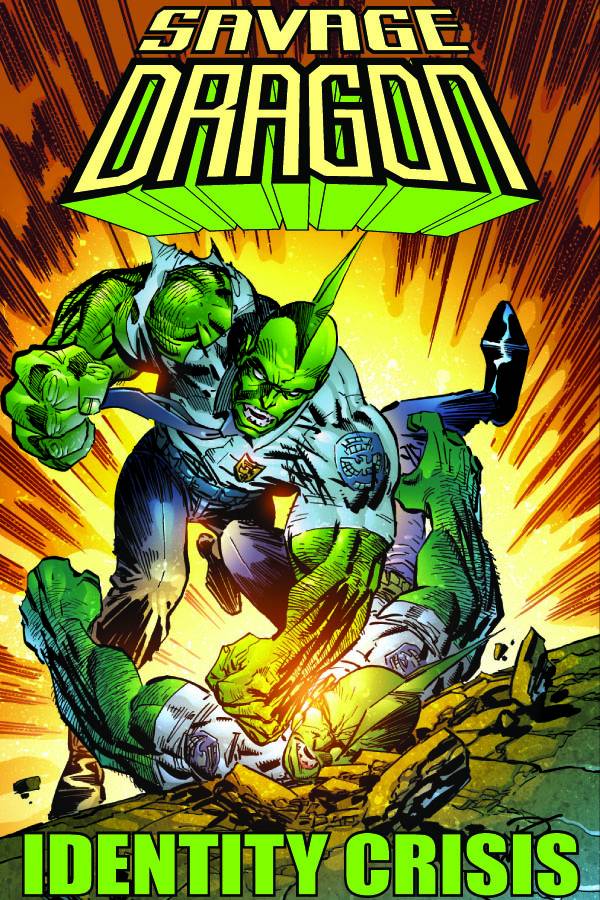 JAN100445
(W) Erik Larsen (A/CA) Erik Larsen
Savage Dragon is dead. Or is he? After being brutally slain by Overlord, Dragon's son comes up with a scheme to resurrect his fallen father. Meanwhile, Dragon's consciousness had found its way into Virus, a murdering psychopath with multiple personalities, Overlord is using Dragon's blood to transform members of the notorious Vicious Circle into rampaging reflections of the Dragon and the forces have even found a way to restore and free Dark Dragon-a murderous marauder in his own right. It's one shock after another on the greatest roller coaster ride in comics! Comes with our highest possible recommendation! COLLECTS SAVAGE DRAGON #151-156.
In Shops: Apr 14, 2010
SRP: $14.99