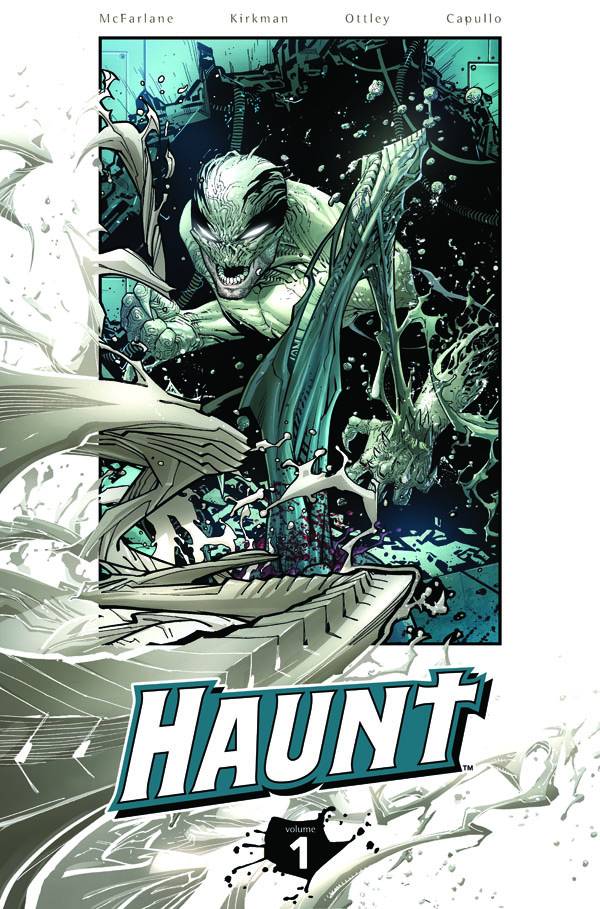 #
JAN100416
(W) Robert Kirkman (A) Greg Capullo (A/CA) Ryan Ottley, Todd McFarlane
THE FIRST STORY-ARC OF MCFARLANE & KIRKMAN'S HAUNT COLLECTED!
ROBERT KIRKMAN and TODD McFARLANE present HAUNT!  Based around two brothers, one a less than perfect priest, the other a government agent, the men struggle to get along, rarely agreeing on anything.  An unexpected accident forces them to work together in ways they never thought possible.  Struggling with his own personal demons, the priest begrudgingly works alongside the spirit of his recently deceased brother, who possesses him.  Together, the brothers form a new superhero: Haunt.