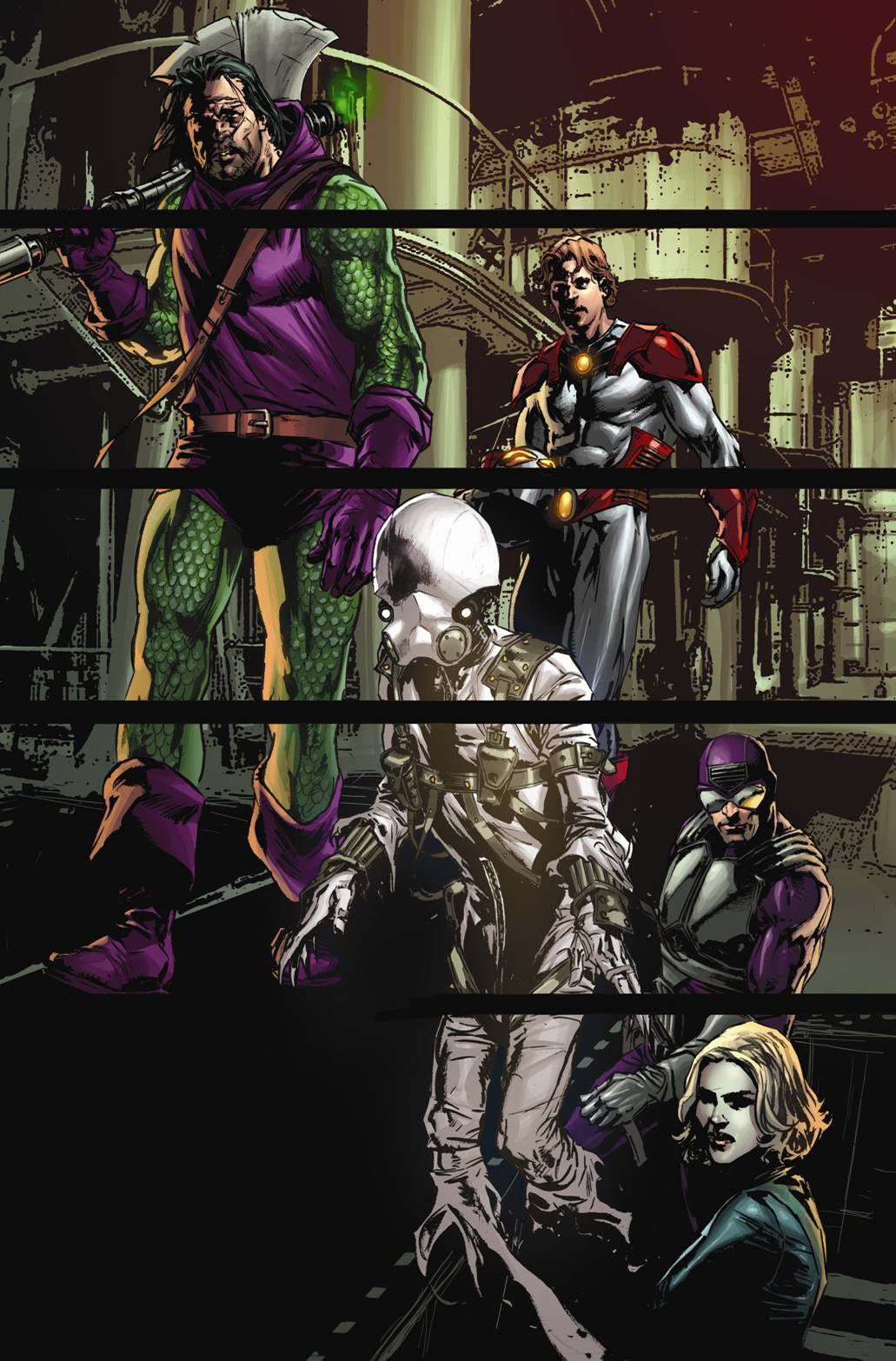 JAN098138
(W) Andy Diggle (A/CA) Roberto De La Torre
Written by ANDY DIGGLE
Penciled by ROBERTO DE LA TORRE
Cover by ROBERTO DE LA TORRE
The Green Goblin vs. the President of the United States! It's terror at 10,000 feet when Spider-Man's fearsome foe hurls pumpkin bombs at a special target: the new President! Just what is Norman Osborn up to...and who in the world are the new Thunderbolts? A Dark Reign is falling...be there as the new team of Andy Diggle and Roberto De La Torre present "Hammer Down" Part II!
32 PGS./Rated T+ ...$2.99