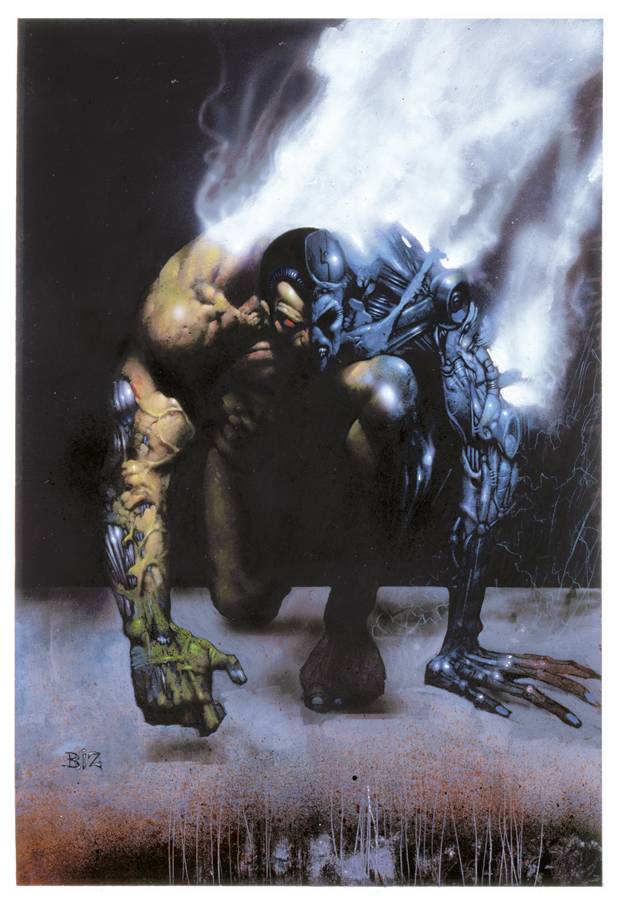 JAN080066
(W) Toren Smith, Adam Warren, Chris Warner, James Robinson, Alan Grant (A) Bill Jaaska, Dan Panosian, Jackson Guice, John Beatty, Frank Teran, Guy Davis, Steve Pugh, Mel Rubi, Andrew Pepoy, Chris Ivy (CA) Simon Bisley
The Terminators never sleep. They don't need food or water. The heat of the desert gives them no pause. The darkness of night does not halt their deadly gaze. Bullets won't stop them. Their humanity cannot be appealed to-because they have none. Sent from the future, their mission is clear and unrelenting: to erase the lives of any who threaten their future dominance, any who would attempt to deny the rise of the Machine. But that which man has created, man can destroy, and so . . . the war for the future begins today.
Dark Horse Comics is the acknowledged leader of adapting film blockbusters to graphic fiction, and The Terminator is one of the premier examples of what can be done with comics to expand an exciting film mythos.

•  The Sarah Connor Chronicles premieres on January 13 on Fox.