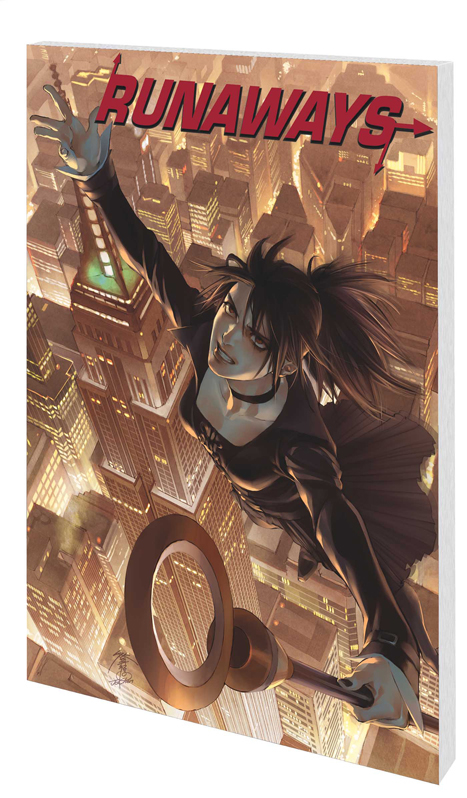 JAN062092
(W) Brian K. Vaughan (A) Adrian Alphona, Takeshi Miyazawa (CA) Jo Chen
Written by BRIAN K. VAUGHAN
Penciled by TAKESHI MIYAZAWA
& ADRIAN ALPHONA
Cover by JO CHEN
The team's lineup changes forever in the perfect jumping-on point for the series that Wizard said "could be the most original book to focus on teenaged super heroes since Spider-Man debuted all the way back in 1962!" When a dangerous alien invades Los Angeles, the Runaways' own Karolina Dean may be the only hero in the Marvel Universe who can stop him... but at what cost? Plus: The Runaways embark on a coast-to-coast adventure, guest-starring Cloak and Dagger AND the New Avengers! When Cloak is accused of a crime he didn't commit by the heroes of New York City, the vigilante is forced to turn to the teenage Runaways for help. This story will take our teens to a place they've never been: NYC! Collects RUNAWAYS #7-12.