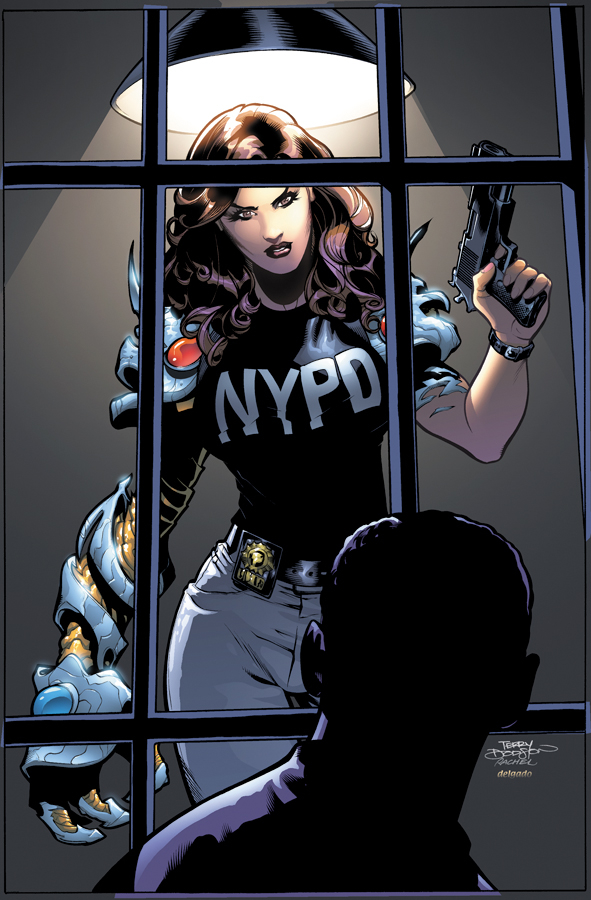 JAN061846
Writer Ron Marz
Penciler Mike Choi
Color Sonia Oback
Cover Terry Dodson
Rising star artist Mike Choi returns with a sequel to the acclaimed, controversial story from Witchblade #88 about a child's murder. Detective Sara Pezzini confronts the man who may be responsible for the heinous crime, but when he won't admit his guilt, how far will Sara go to get a confession? And can she stop the Witchblade from taking vengeance? Plus, one of Sara's original foes makes a most unexpected appearance as the groundwork is laid for the monumental Witchblade #100! See why Paperback Reader says Witchblade is "The best it has ever been. This is an A+ comic book."