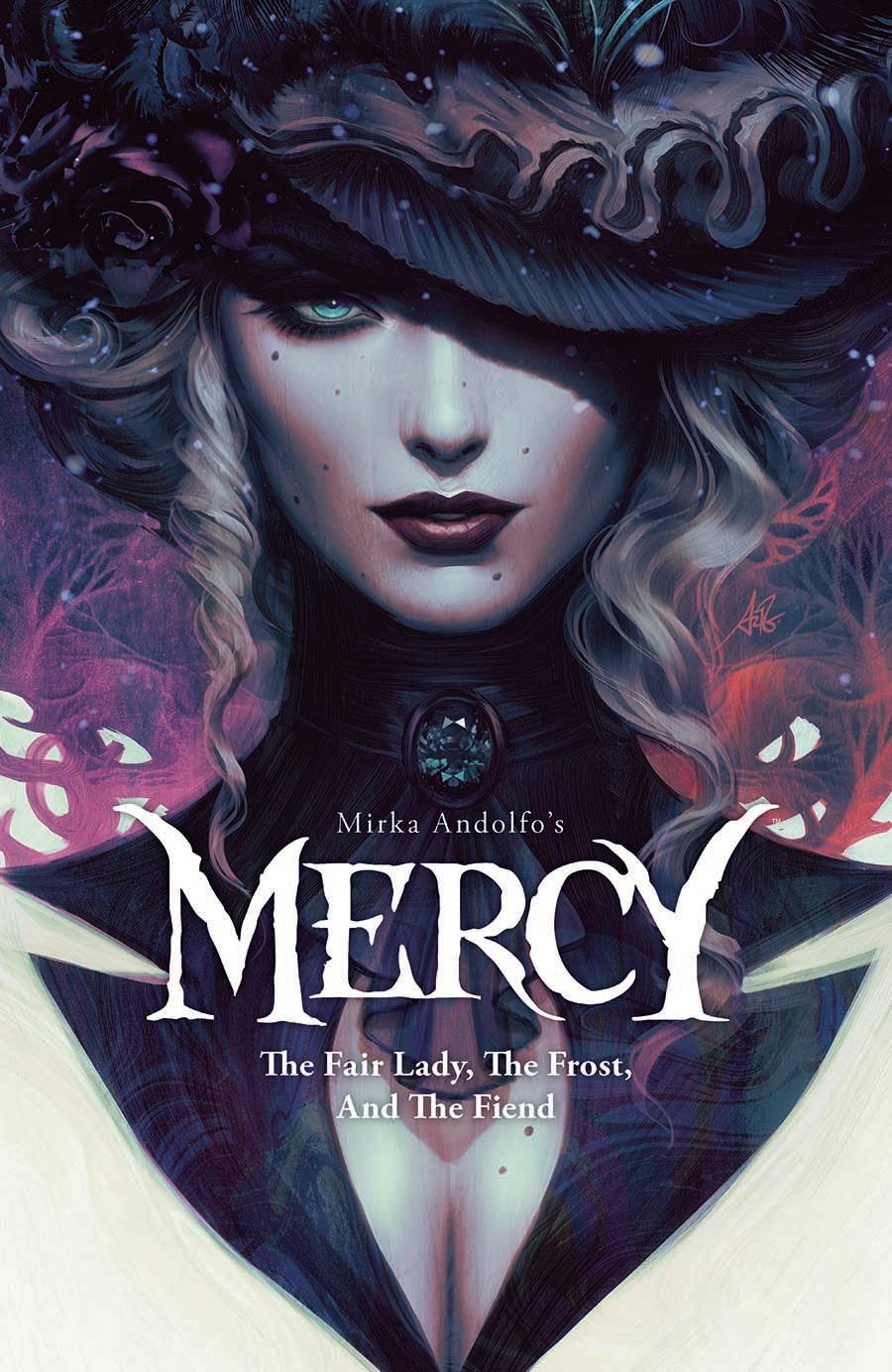 #
FEB230066
(W) Mirka Andolfo (A) Mirka Andolfo (CA) Artgerm
MERCY, a goth-inspired, Victorian monster series explores topics of "otherness," damnation and redemption, and what it means to be a monster in a horror graphic novel perfect for fans of Penny Dreadful, Crimson Peak, The Alienist, Parasol Protectorate, and Dark Shadows.
This new graphic novel by acclaimed creator MIRKA ANDOLFO (UNNATURAL) is a gothic horror tale where mysteries and unspeakable sins are blended together in a unique and sensual way.
Washington State, late nineteenth century. During the frenzied historical era commonly known as the Klondike Gold Rush, a mysterious woman arrives in Woodsburgh, a small mining town close to the Canadian border.
It's been a few years since the Swanson mine was closed following the terrible accident that claimed the lives of so many men and women, including the owner's and the city it's still struggling in search for a new place on the map of the country.
Elegant and extraordinarily wealthy, Lady Hellaine arrives in the city accompanied by her faithful butler Goodwill and settles in one of the most luxurious mansions in town. A lifestyle that contrasts sharply with that of the majority of the population, forced to choose between humble crafts and illegal activities.
No one is aware of the reasons that led such a classy lady to move from Seattle to the small village, but her arrival certainly did not go unnoticed. Especially in the eyes of Lady Swanson, widow of the late mine owner and leading figure of the local bourgeoisie. Lady Hellaine's plans will bring her on a collision course with the powerful Lady Swanson, who, for reasons not entirely rational, distrusts the newcomer.
Meanwhile, the streets and surroundings of Woodsburgh are flooded in blood: a heinous creature is killing incautious citizens, wreaking havoc on their bodies. Enough to induce local authorities to impose a strict curfew after sunset.
And with the falling of the first snow, the "Woodsburgh Devil"'s fury seems to have even increased. What's the connection, if any, between this disturbing presence and the ivory-skinned stranger?
Who is Lady Hellaine, really? And what's her secret agenda?
Collects MIRKA ANDOLFO'S MERCY #1-6