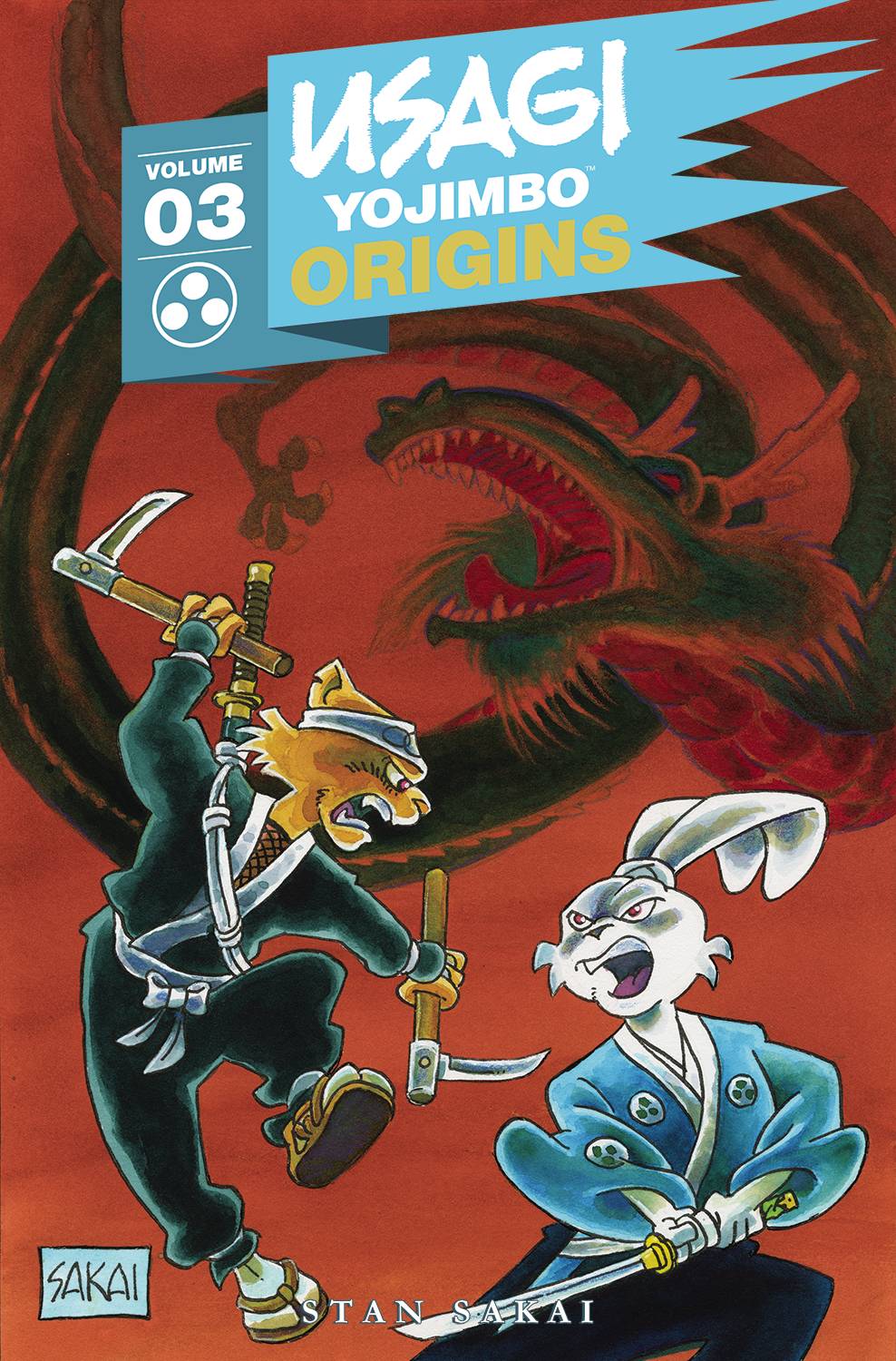 "The Dragon Bellow Conspiracy" stands out among the early issues as the first novel-length storyline, combining all of the characters that had previously appeared separately into one epic tale!

A sinister plot to overthrow the Shogun percolates and one of Usagi's friends is captured! The ensuing machinations will draw in not only Usagi, but also bounty hunter Gen and the Blind Swordspig, Zato-Ino!

Beginning with these early issues, find out why this series has won ten Eisner Awards, two Harvey Awards, an American Library Association Award, and has been called "one of the most original, innovative, well-executed comic books anywhere to be found" by Stan Lee.
In Shops: Jun 08, 2022
SRP: $24.99
View All Items In This Series