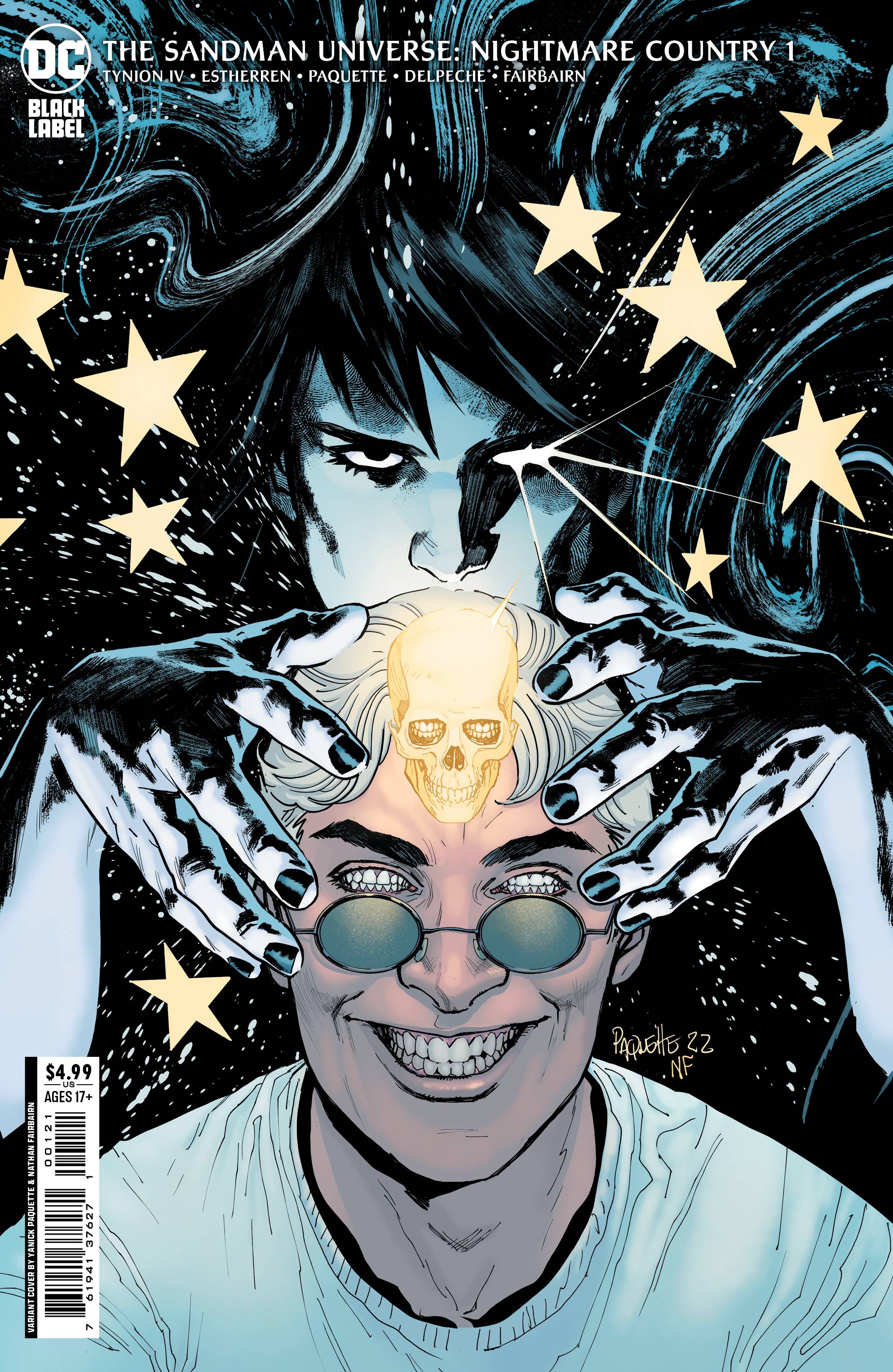 #
FEB222845
(W) James TynionIV (A) Lisandro Estherren, Yanick Paquette
Sometimes, nightmares walk the Earth. Every night when you sleep, the Lord of Dreams chooses the path you'll follow...into a sylvan Elysium, or down the hallways of your darkest fears. And sometimes, if it is Dream's will, those nightmares escape those halls, and go out into the world. But it is not a choice he makes lightly. Today the Corinthian walks the Earth again. The most feared of all Dream's nightmares, his ravenous mouths have made him a legend among serial killers. Letting the Corinthian out among mortals is the most dangerous thing Dream could possibly do. But he has no choice-because there is another nightmare walking the Earth, one that must be hunted...and this monster is one that Dream, lord of all nightmares, did not make. Horror-comics superstar James Tynion IV has waited his whole career to pay tribute to the mythos of The Sandman, the work that made him the writer he is today-and that time has come! Designed to welcome new readers into one of the greatest worlds in DC's library, The Sandman Universe: Nightmare Country is a terrify-ing travelogue through a nation recognizable and obscene, which will show you things seen in no Sandman series ever before-with spectacular art by Lisandro Estherren (Redneck, Strange Skies Over East Berlin) and "nightmare" sequences by comics art all-stars, starting with the incredible Yanick Paquette!
In Shops: Apr 12, 2022
SRP: $4.99
View All Items In This Series
ORDER SUBSCRIBE WISH LIST