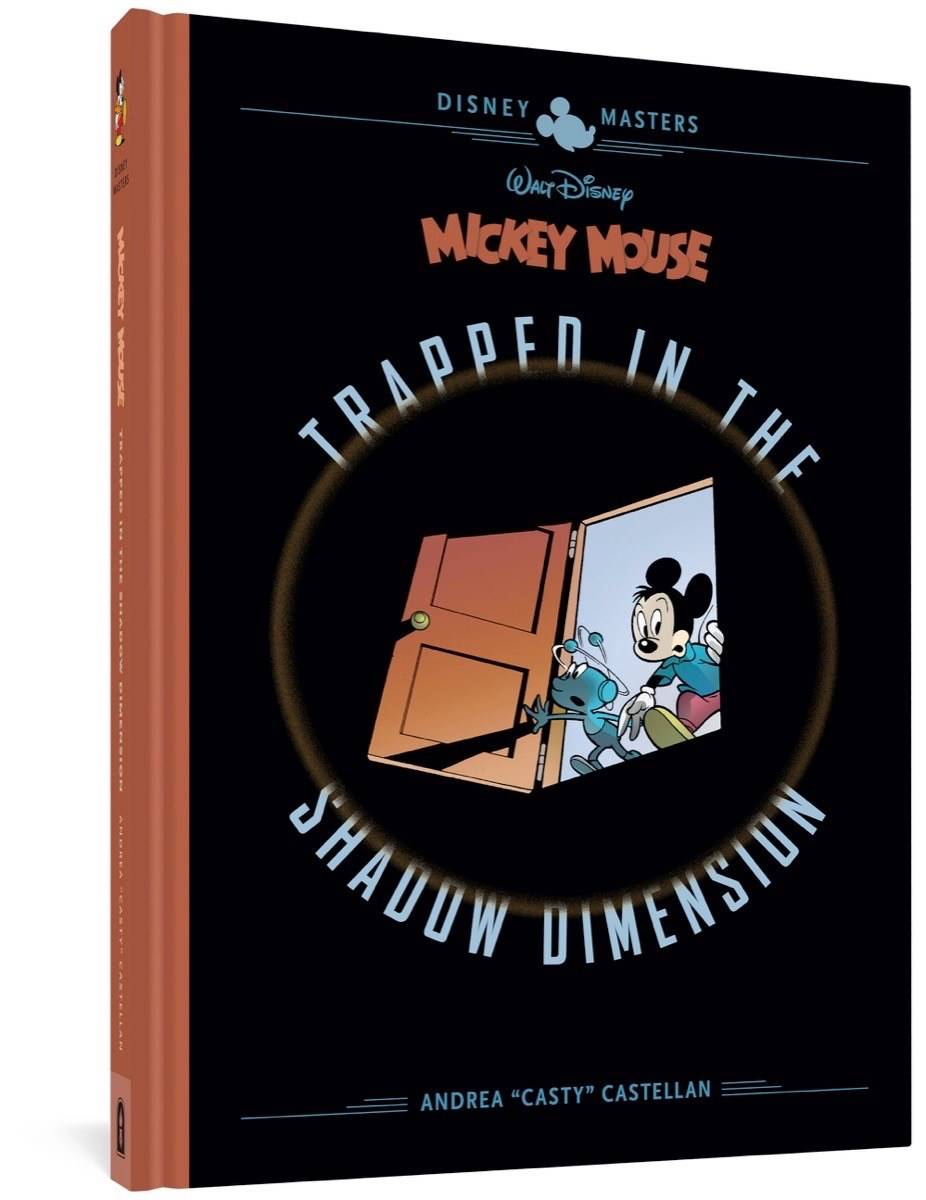 
All of Mouseton is swooning over the odd "Mr. Benevolence," a masked philanthropist who can't stop doing good -or can he? Mickey thinks he's behind the vanishing of the atomic genius Dr. Einmug - and the arrest of Einmug's otherworldly helper, Atomo Bleep-Bleep! But things get strange when the villainous Pegleg Pete turns up where Mickey least expects him: a "Shadow Dimension" in which fiction becomes fact!
Walking in the footsteps of Disney giants Floyd Gottfredson and Romano Scarpa, Italian writer/artist Andrea "Casty" Castellan is among today's most inspired and beloved Mickey Mouse comics creators. After many reader requests, Fantagraphics Books is thrilled to present the first Disney Masters volume by the beloved Disney cartoonist Casty!
And "Trapped in the Shadow Dimension'' is just the start! Also: in this volume, Scrooge McDuck squares off with "The Terrible, Terrible Triple-Dimensional Beagle Boy''... while in "The World to Come," Mickey and Minnie are headed to far-off Illusitania for royal intrigue, robot war... and a showdown with that dastardly, poetic secret agent, The Rhyming Man!
In Shops: May 25, 2022
SRP: $29.99
View All Items In This Series
ORDER SUBSCRIBE WISH LIST