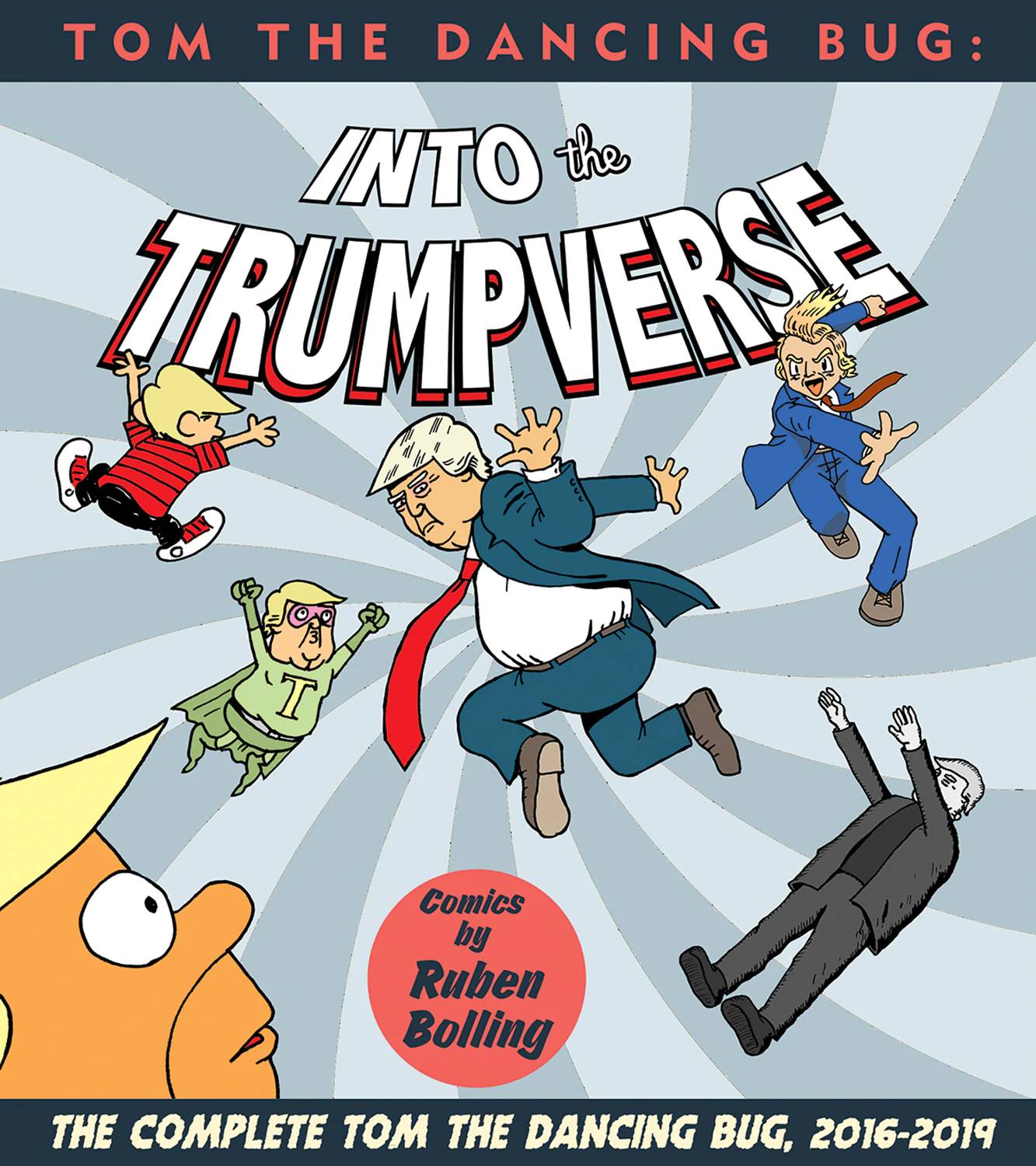 #
FEB221361
Tom The Dancing Bug is celebrating its 30th anniversary, and it remains as timely and poignant as ever. Cartoonist and Tom The Dancing Bug creator Ruben Bolling has certainly had plenty of material to work with over the last four years, while winning a Herblock Prize, a Robert F. Kennedy Journalism Award, and being named a Pulitzer Prize Finalist. Into The Trumpverse features more than 200 cartoons covering the political landscape during that time. With a foreword by the legendary Neil Gaiman.
In Shops: Jun 29, 2022
SRP: $25.99
ORDER WISH LIST