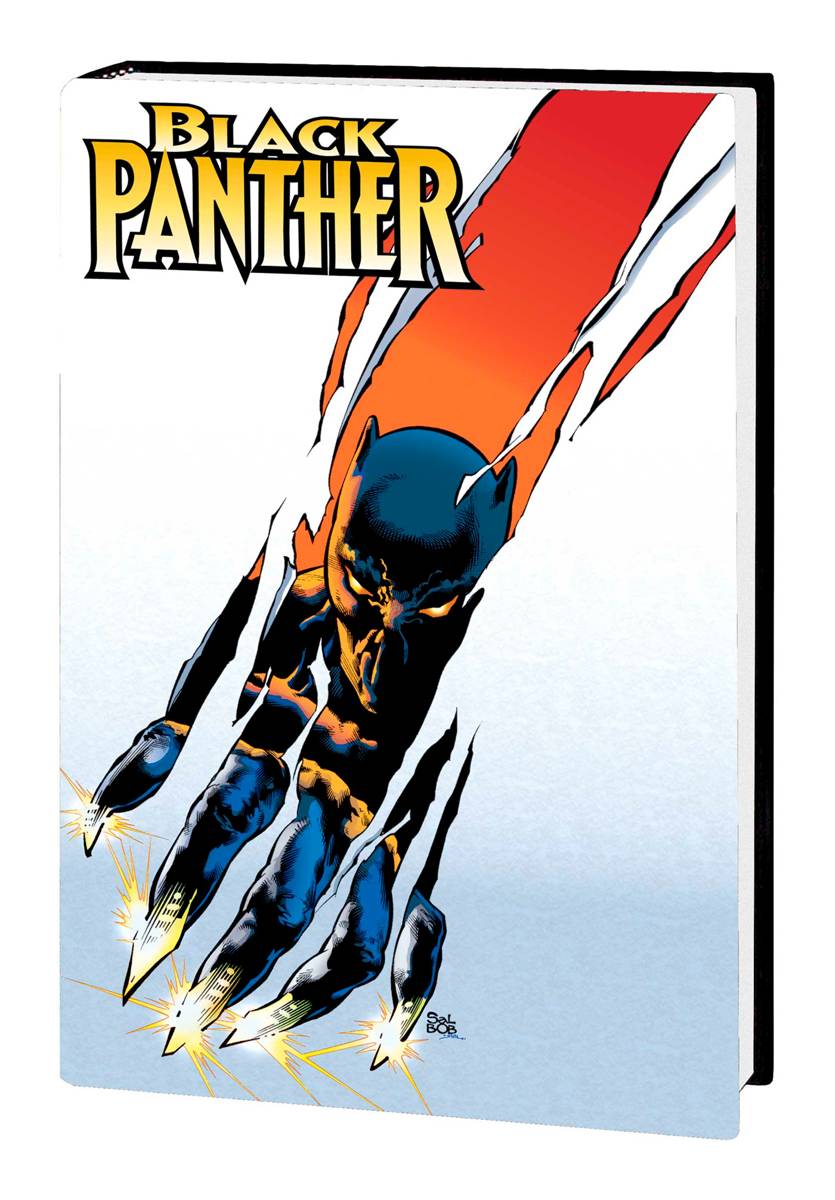 #
FEB221043
(W) Christopher Priest (A) Mark Texeira, Various (CA) Sal Velluto
T'Challa is the man with a plan as the Black Panther is reinvented in Christopher Priest's brilliantly sharp and witty political satire! Prepare to see the king of Wakanda through new eyes: those of U.S. government attaché Everett K. Ross! When a new regime stages a coup in Wakanda, T'Challa finds himself an enemy of the state! The Black Panther is always two or three steps ahead - but with foes like Mephisto, Malice, Klaw and Killmonger against him, will T'Challa's cool head and intricate maneuvers be enough to free his nation without alienating his allies and destabilizing the world? Plus: Meet Queen Divine Justice and the deadly Dora Milaje! Mixing super-heroics with geopolitics, humor and all-out action, Priest's PANTHER is a masterpiece not to be missed! Collecting BLACK PANTHER (1998) #1-33, DEADPOOL (1997) #44 and material from MARVEL DOUBLE-SHOT #2.
Rated T+
In Shops: Dec 07, 2022
SRP: $100.00
View All Items In This Series
ORDER SUBSCRIBE WISH LIST