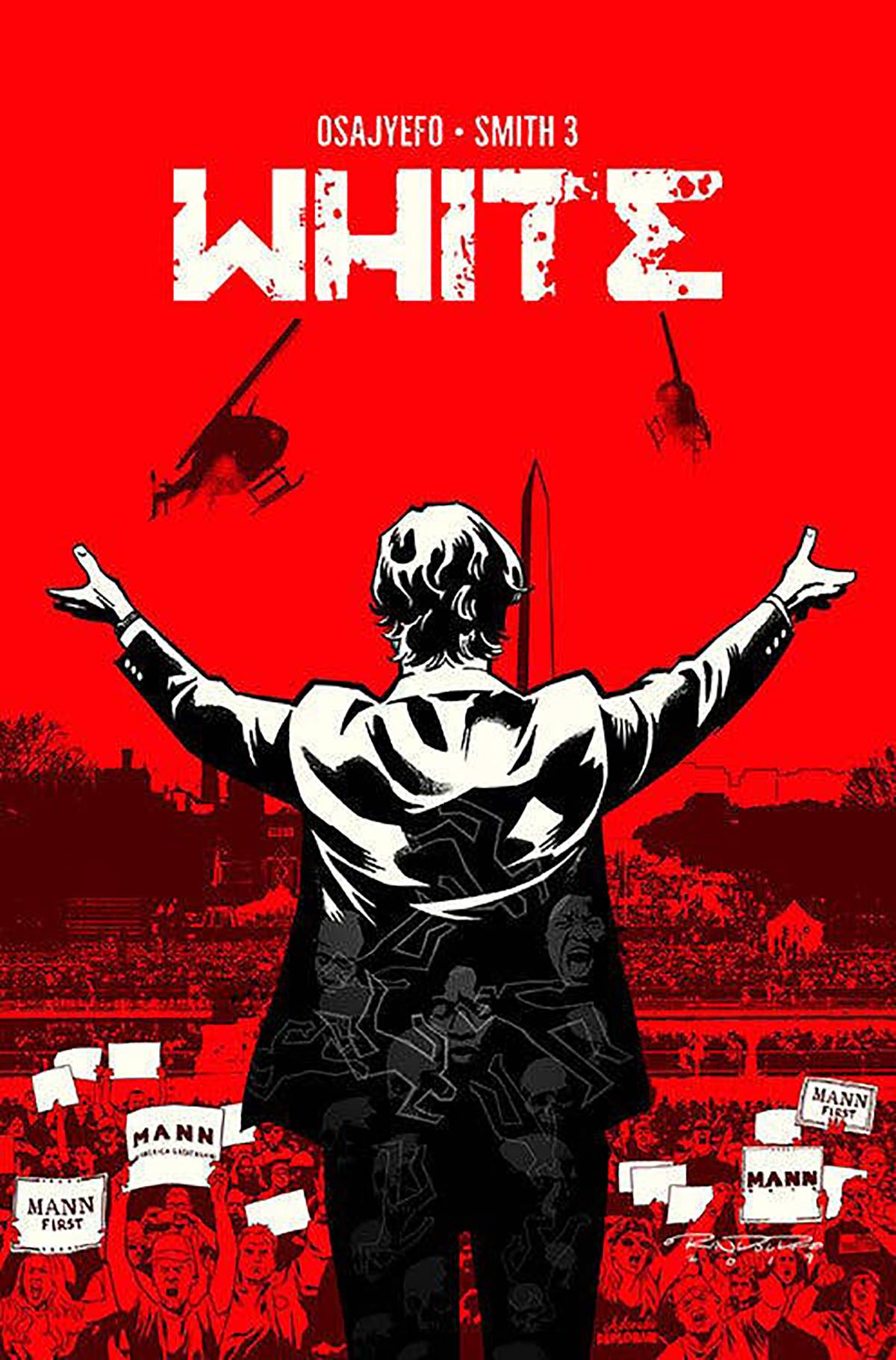 #
FEB211157
(W) Kwanza Osajyefo (A) Jamal Igle (CA) Khary Randolph
The team that asked, "What if only Black people had superpowers?" is back with the sequel to the critically acclaimed series, BLACK. It's been three years since the world learned only Black people have superhuman abilities, and the United States has responded by electing Theodore Mann to the presidency. The only person standing in the way of his policies to control empowered Blacks are Kareem Jenkins and his allies.
WHITE comics are limited to 2,500 copies each, grab them before they sell out!