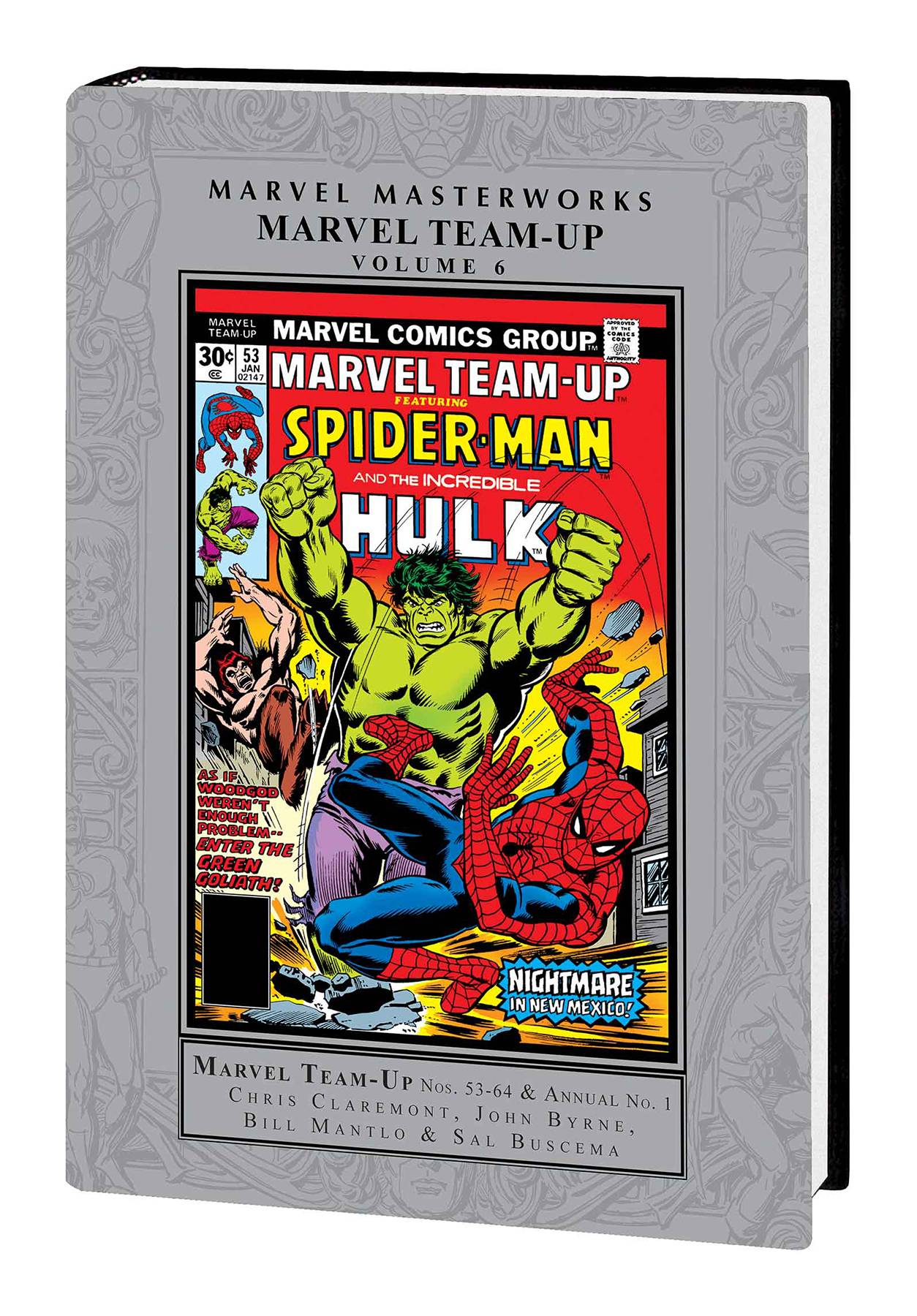 #
FEB210679
(W) Chris Claremont, More (A) John Byrne, More (CA) Dave Cockrum
At the same time as they were making history on X-MEN, Chris Claremont and John Byrne were pairing Spider-Man with some of the coolest and catchiest characters in the Marvel firmament! But first, this volume opens with one of the earliest appearances of the all-new, all-different X-Men revival in the very first MARVEL TEAM-UP ANNUAL, by Bill Mantlo and Sal Buscema! Mantlo concludes his sterling run with a Byrne-drawn two-parter as Spidey and the Hulk square off against Woodgod - whose rare first appearance is also included in this volume! And when Byrne links up with Claremont, the duo begins a white-hot run that teams Spidey with Yellowjacket, the Wasp, the Human Torch, Iron Fist and the Daughters of the Dragon! Collecting MARVEL TEAM-UP (1972) #53-64 and ANNUAL #1, MARVEL PREMIERE #31, and MARVEL COMICS MEMORY ALBUM CALENDAR 1977.