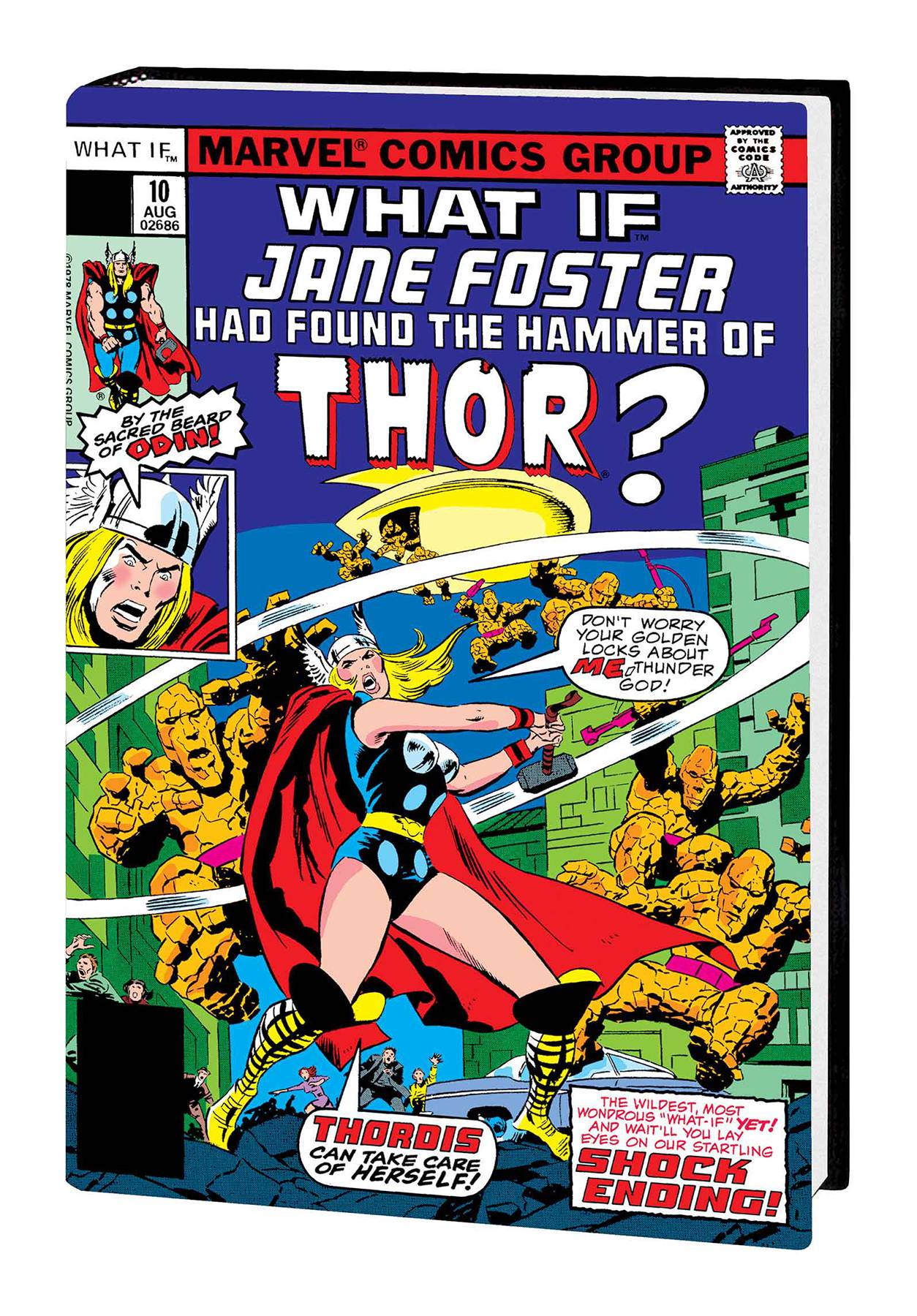 #
FEB210671
(W) Roy Thomas, More (A) Jim Craig, More (CA) John Buscema
What if the Marvel Universe was not as you know it? Infinite realities offer infinite possibilities for classic creators to unleash their wildest imaginations - and ponder: What if Spider-Man joined the Fantastic Four? Or Captain America rescued Bucky in World War II? Or Doctor Doom became a hero? The FF get different powers! Other people get Spidey's powers! Jane Foster finds the hammer of Thor! The Avengers assemble in the 1950s! Jack Kirby bombards the Marvel Bullpen with cosmic rays, Conan walks the modern day Earth and Doctor Strange becomes a disciple of Dormammu! Peter Parker stops the burglar who killed Uncle Ben, the Hulk keeps Bruce Banner's intellect, the Invaders fight on after World War II and the Invisible Girl marries Namor - plus more thought-provoking tales that make you ask: What If? Collecting WHAT IF? (1977) #1-15 and #17-22.