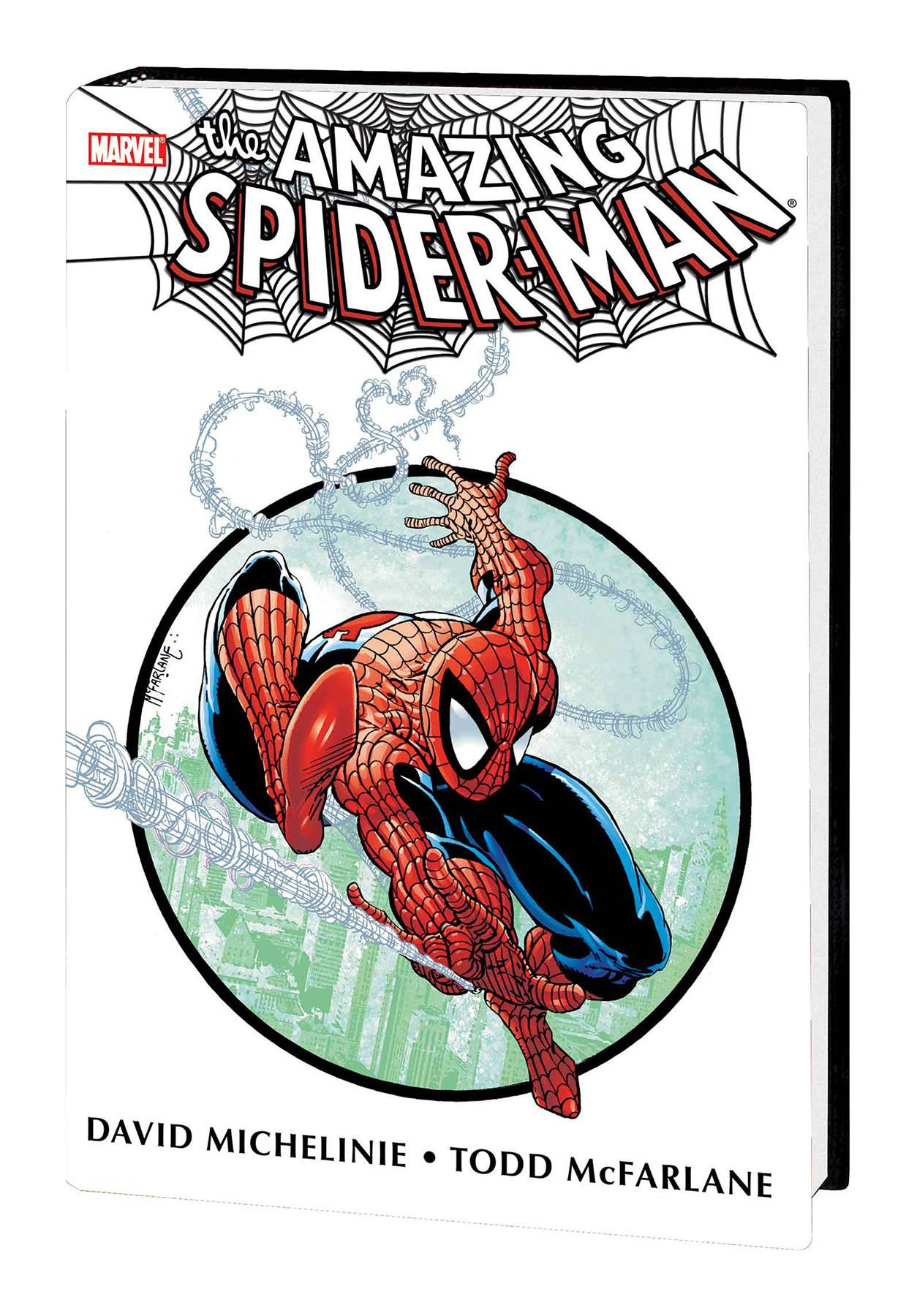 #
FEB210664
(W) David Michelinie, Glenn Herdling (A) More (A/CA) Todd McFarlane
Whether clad in classic blue-and-red or thrilling black, whether possessing spider-powers or cosmic might, Spider-Man stands ready to face any threat! And as David Michelinie and Todd McFarlane take the creative reins, the threats to Spidey have never been greater! From the introduction of the lethal Venom to the return of old enemies like Mysterio, the Scorpion and more to facing newcomers to his friendly neighborhood like Sabretooth, the Taskmaster, Magneto and the Sentinels, Spidey sure has his plate full! Good thing he has Mary Jane, Captain America, the Black Cat and the Hulk around to lend a hand! Featuring the pulse-pounding prose of longtime IRON MAN scribe David Michelinie and the groundbreaking artistry of the legendary Todd McFarlane! Collecting AMAZING SPIDER-MAN (1963) #296-329 and material from SPECTACULAR SPIDER-MAN ANNUAL #10.