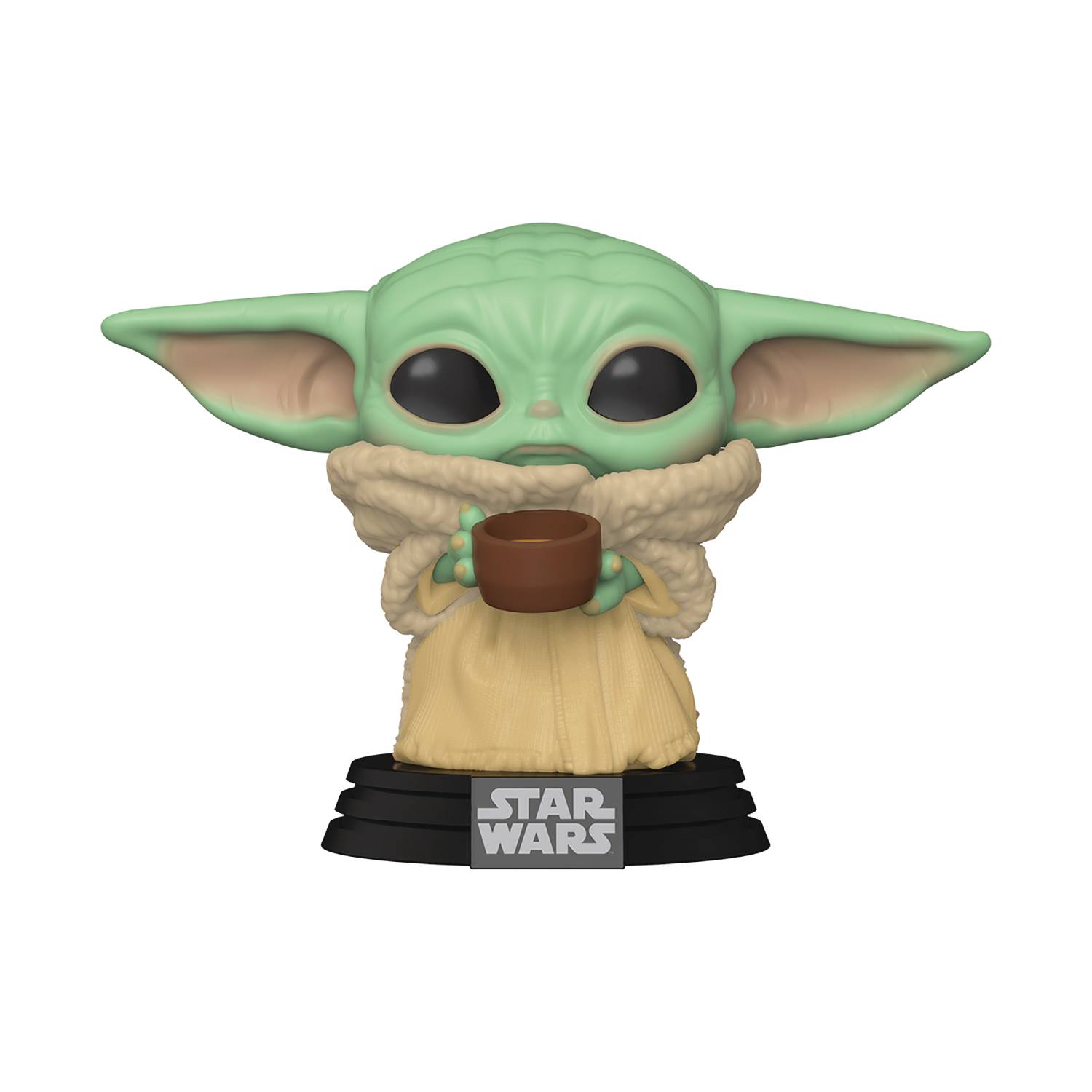 # #
FEB209099
From Funko. The debut of Star Wars: The Mandalorian on Disney+ introduced Star Wars fans to one of the most intriguing and popular characters in a galaxy far, far away: the enigmatic, Force sensitive alien known as The Child! Funko brings fans two new POP! figures of The Child, one holding his cup of soup, the other swallowing a frog nearly as large as he is! Each figure stands 3 3/4" tall atop a Star Wars-themed base and features the stylized design that has made these figures to popular with collectors. Window box packaging.