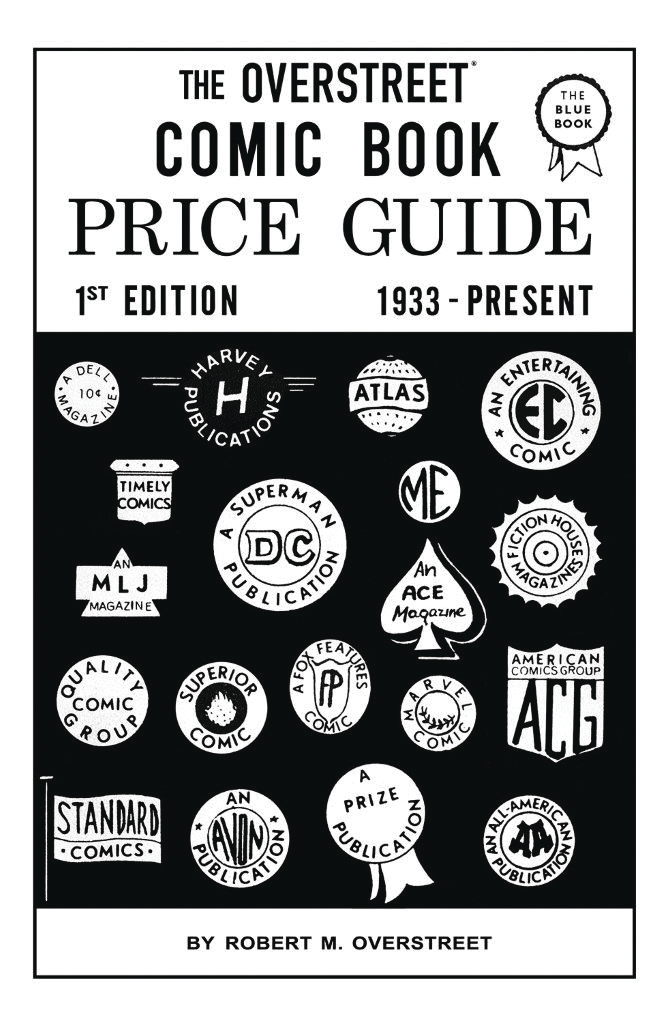 FEB201779
(W) Robert M. Overstreet
A PREVIEWS Exclusive! This year we celebrate the landmark 50th anniversary of The Overstreet Comic Book Price Guide, the Bible of serious comic book collectors, dealers and historians, but the Guide would have never been so widely accepted or reached its Golden Anniversary without its debut in 1970. High grade copies of Overstreet #1 go for thousands of dollars, but now here's your chance to get a beautiful facsimile edition, complete with the original price listings and more! The hardcover edition is limited to 400 copies, and the signed and numbered edition, signed by Robert M. Overstreet is limited to 100 copies!