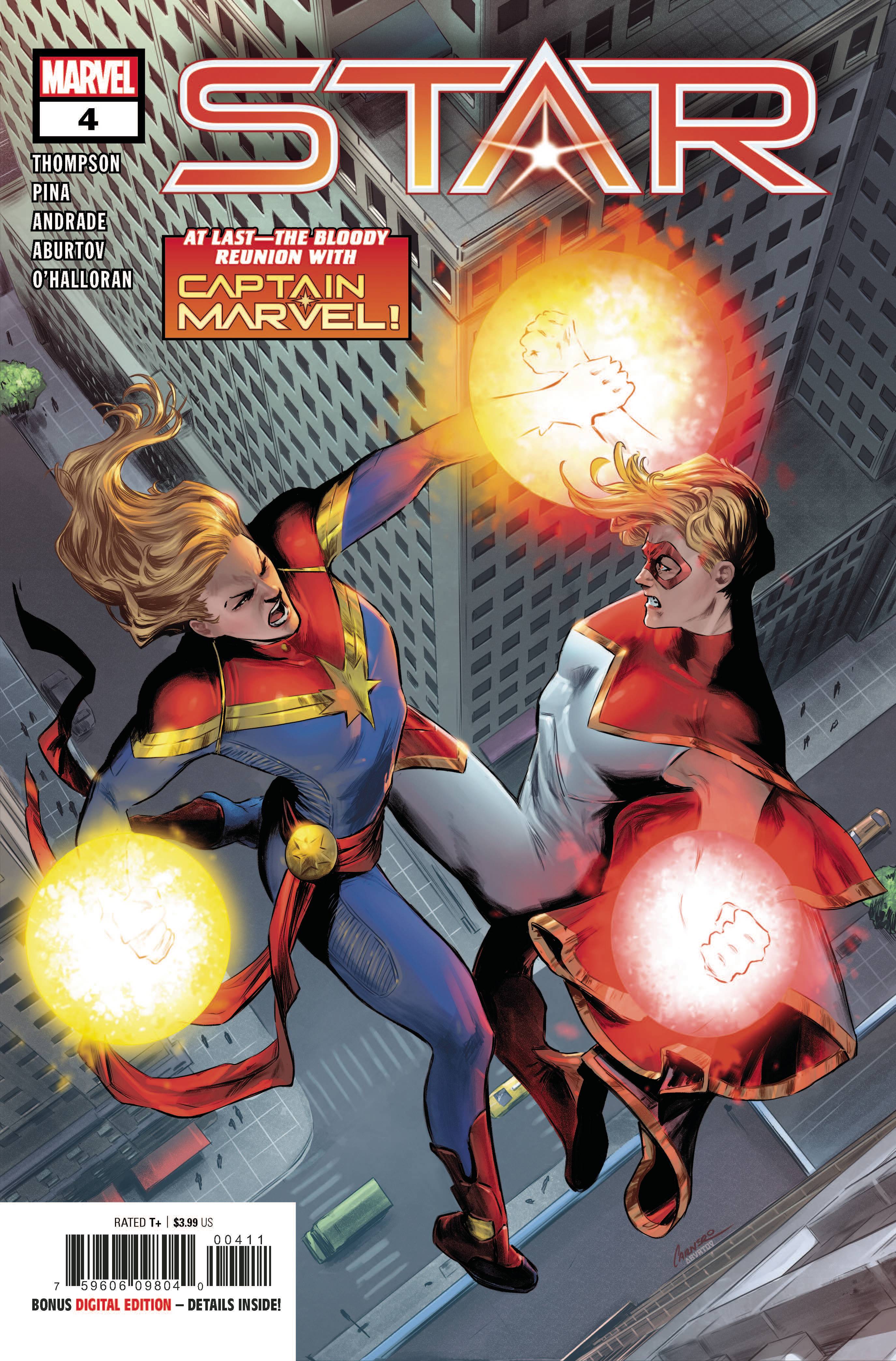 #
FEB200987
(W) Kelly Thompson (A) Javier Pina, Filipe Andrade (CA) Carmen Nunez Carnero
STAR & CAPTAIN MARVEL GET A BLOODY REUNION!
Star's been on a journey of self-discovery, and with the help of some unexpected teachers, she has managed to learn more about both herself and the powers of the Reality Stone now bonded to her. She's also still on the run from some of the most dangerous villains in the universe, who will not stop until they wield the Reality Stone themselves. But it's Star's second confrontation with Captain Marvel, the woman who killed her, that will cut the deepest. When the dust settles, what will be left of...anything?
Rated T+
In Shops: Aug 19, 2020
SRP: $3.99
View All Items In This Series