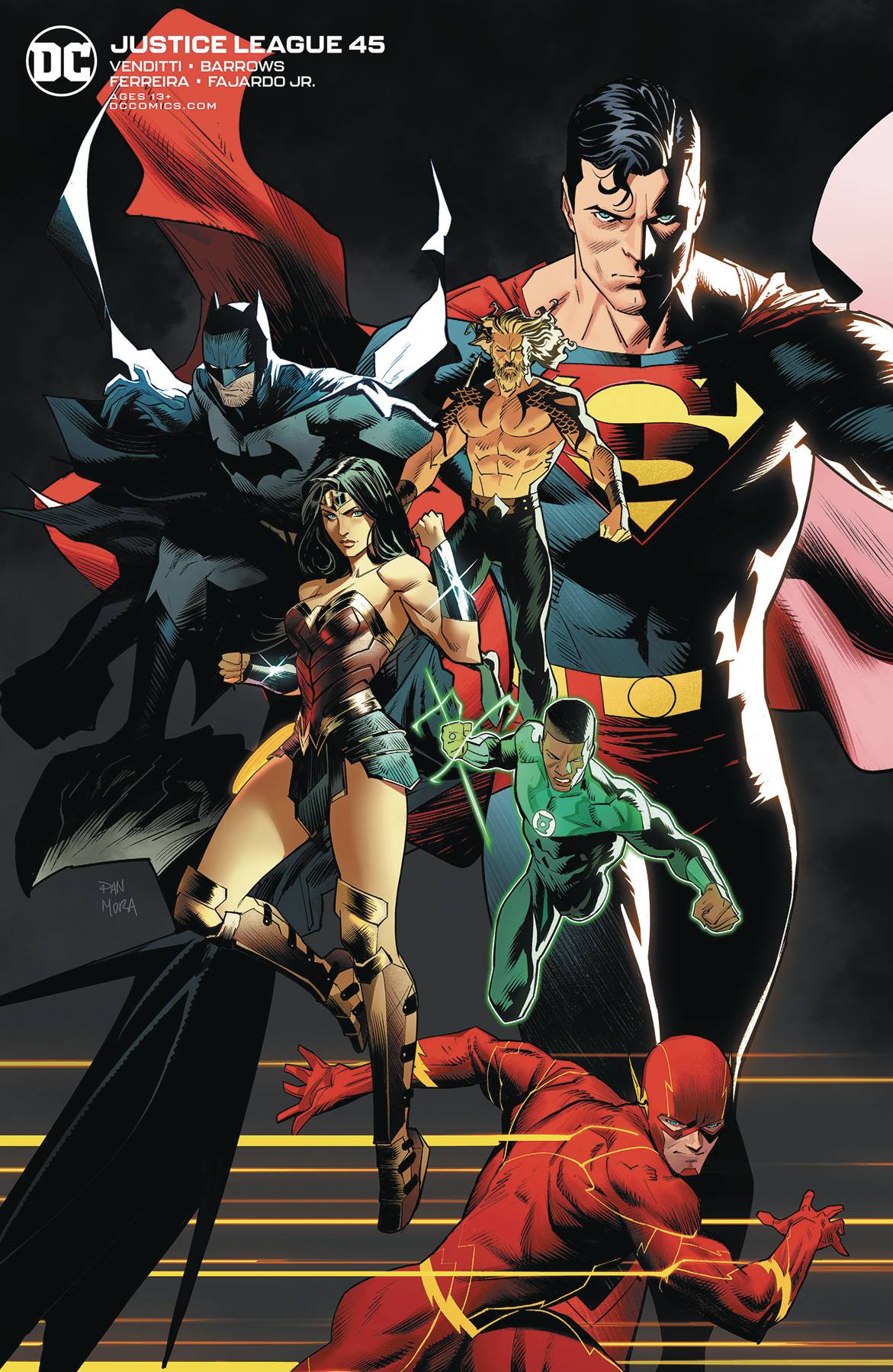 #
FEB200465
(W) Robert Venditti (A) Eddy Barrows (CA) Dan Mora
The Spirit of Vengeance goes global! After spending untold time in isolation, the Spectre is back, and his thirst for retribution will ripple across the Earth! As old wounds are reopened under the Spectre's unstoppable influence, it's up to the Justice League to stop the conflict. But how can they act on a global stage when they must first contend with their own resentments?
In Shops: May 27, 2020
SRP: $3.99
View All Items In This Series