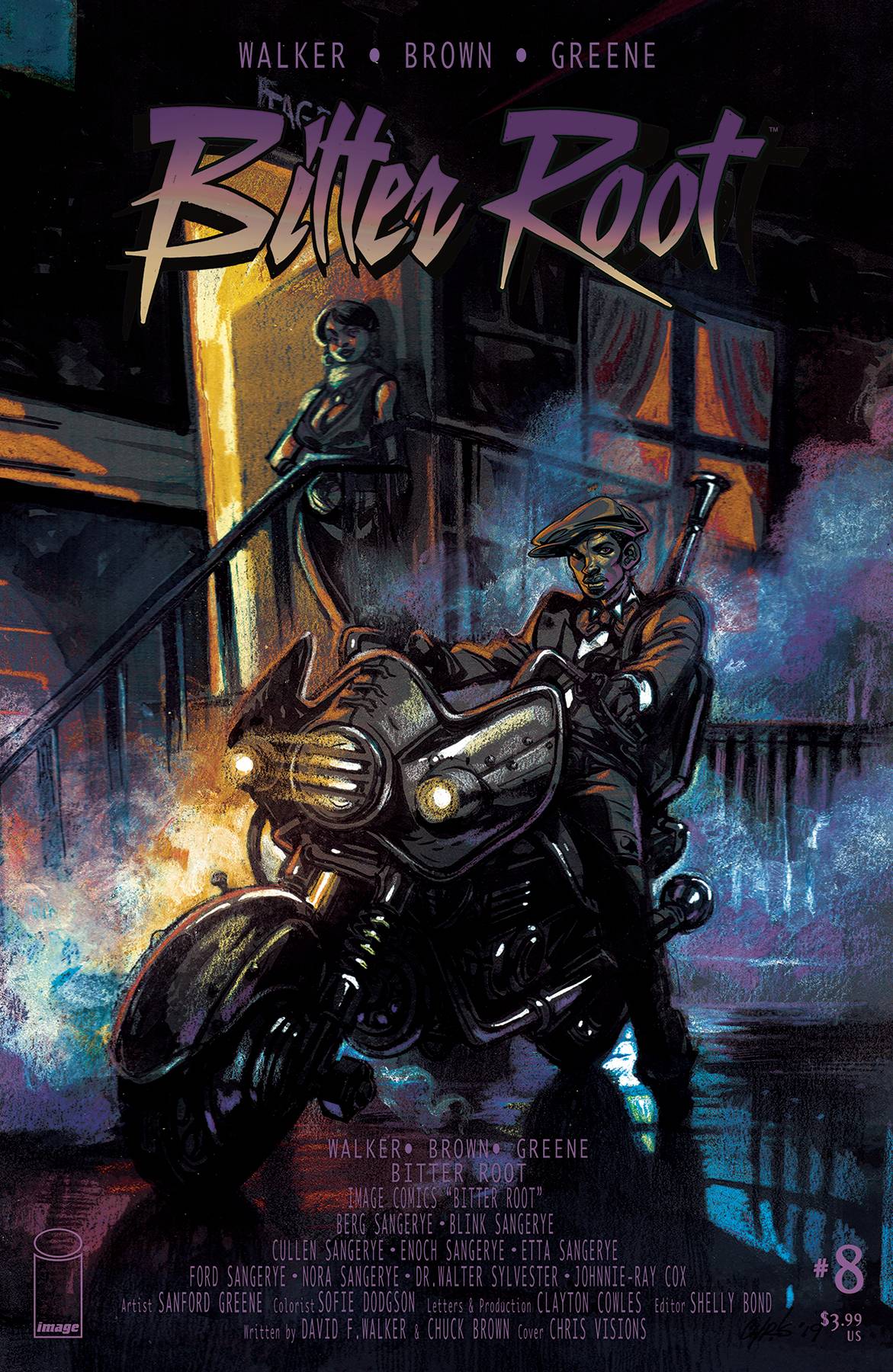 #
FEB200170
(W) David Walker, Chuck Brown (A) Sanford Greene (CA) Chris Visions
The Sangeryes split into teams to tackle various threats. Meanwhile, Harlem is under siege, and Ardo's plans are slowly being revealed. But what role will Sylvester play, and how much of himself is he willing to sacrifice?
In Shops: Jun 10, 2020
SRP: $3.99
View All Items In This Series